A pressure system is used only for the container storage of vegetables and is one of today’s most effective systems. Flat-sided buildings made from LSTS (light steel thin-walled structures) and sandwich-panels are suitable for this type of storage.

When the pressure system is used, containers are put in a certain order. Therefore, the width of storages should be a multiple of 4m: 12m, 16m, 20m or 24m. The length of a storage can be as much as 30m. However, the longer the storage, the worse the ventilation of all produce. The optimal length is considered to be 24m.

In a storage, there is an air-ventilation chamber where equipment such as fans, intake and emission valves, servomotors, control equipment and sensors is located. An air-ventilation chamber is built in a special way. At a 1.5-2m distance from the outer wall, a retaining wall is erected. Its height should be equal to the height of the containers. Vertical holes (0.4-0.5m) are made in this wall at 80% of the retaining-wall height. Produce containers are placed on either side of the holes, which results in forming a passage of containers. Because of the retaining wall, the prepared air of the required temperature and humidity flows into this passage.

In the air-ventilation chamber itself, a false ceiling is arranged at a distance of 2m. High-pressure fans are mounted into the false ceiling. They move the air from top to bottom and then it flows through vertical doors into the storage. Above the fans on the outer wall inside the air-ventilation chamber, there are plenum valves through which fresh air flows into the storage. Waste air is removed through emission valves, which are located a bit higher on the same wall. Intake and emission valves usually have the same size and operate simultaneously.

The functioning of the ventilation system is managed by a special Croptimiz-R controller and is based on the readings of high-accuracy sensors for temperature, humidity and CO2. 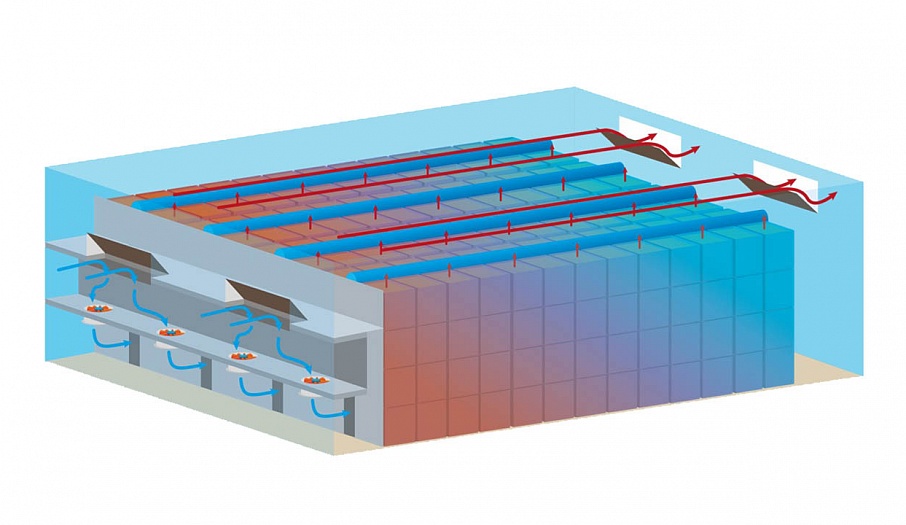 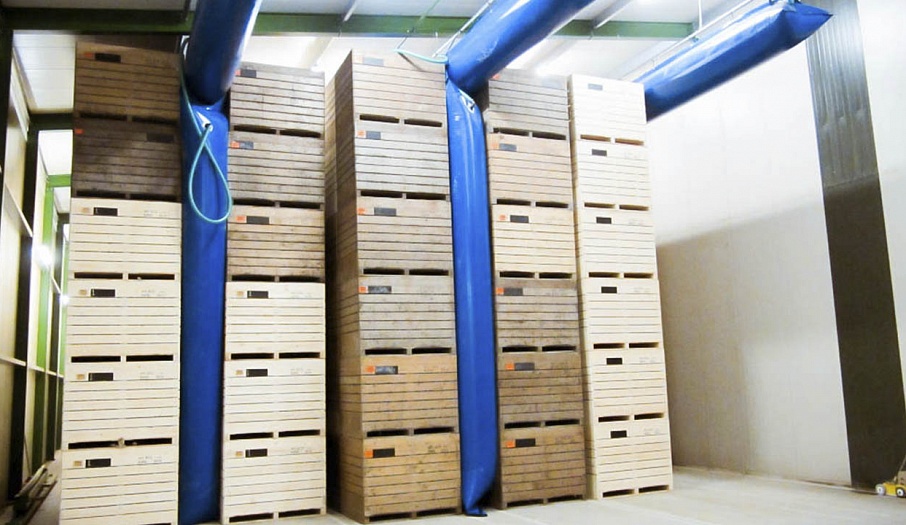 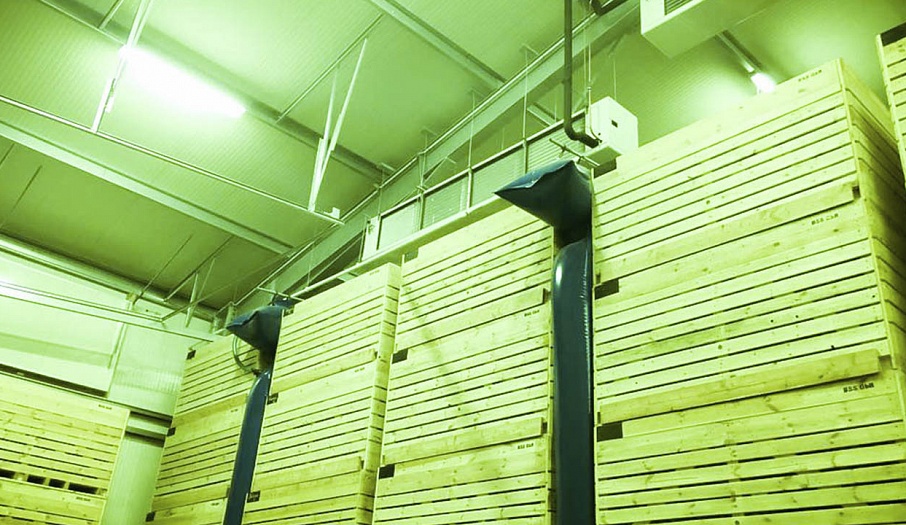 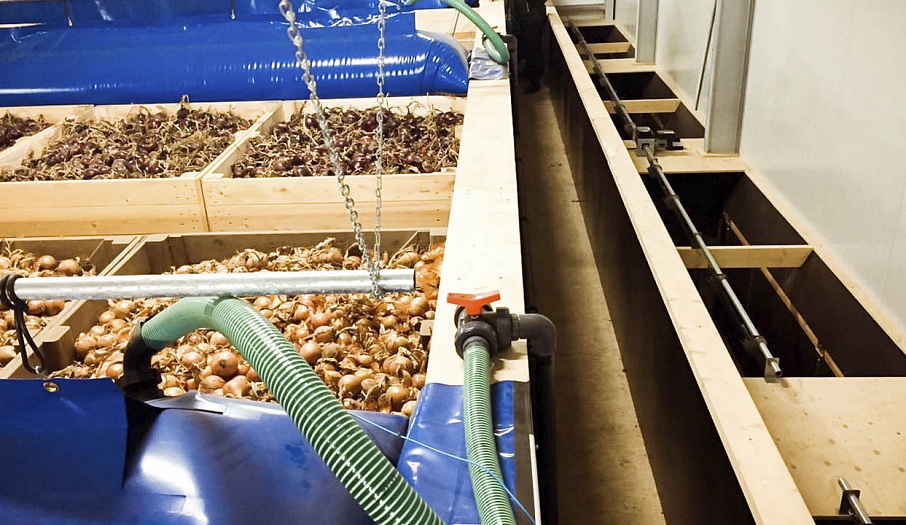 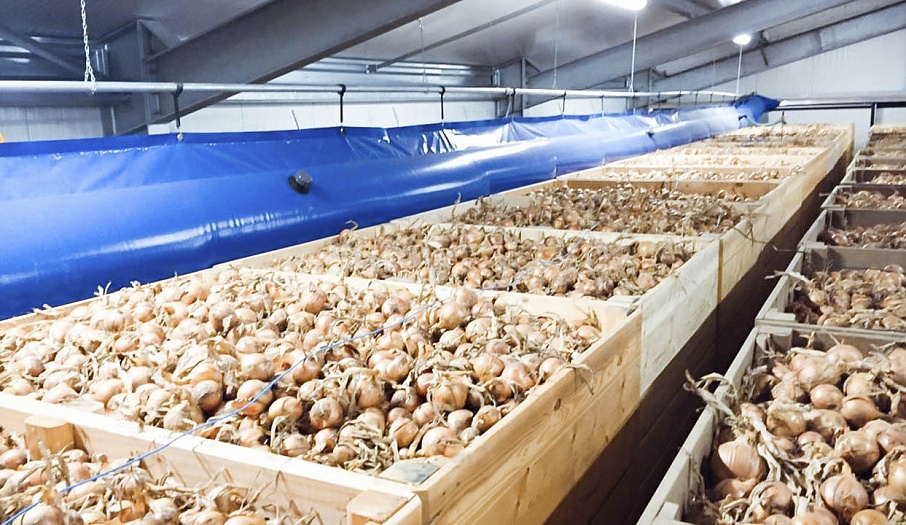 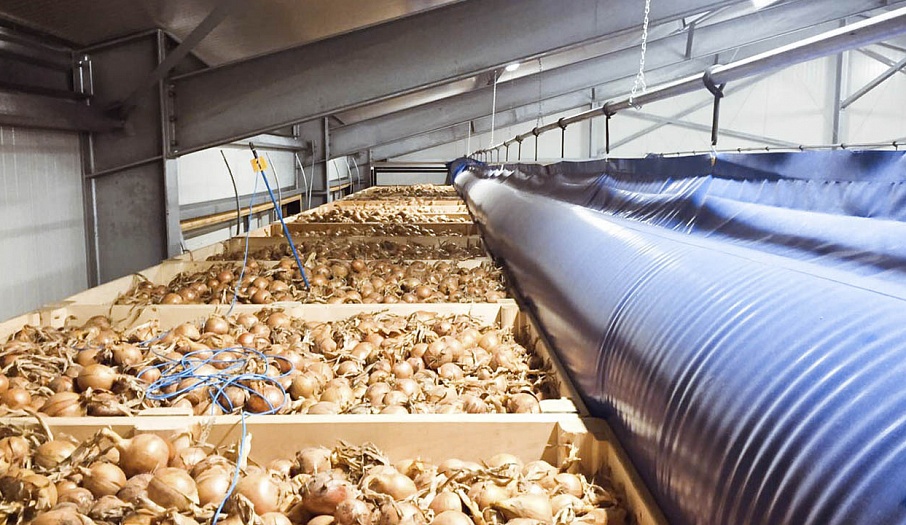 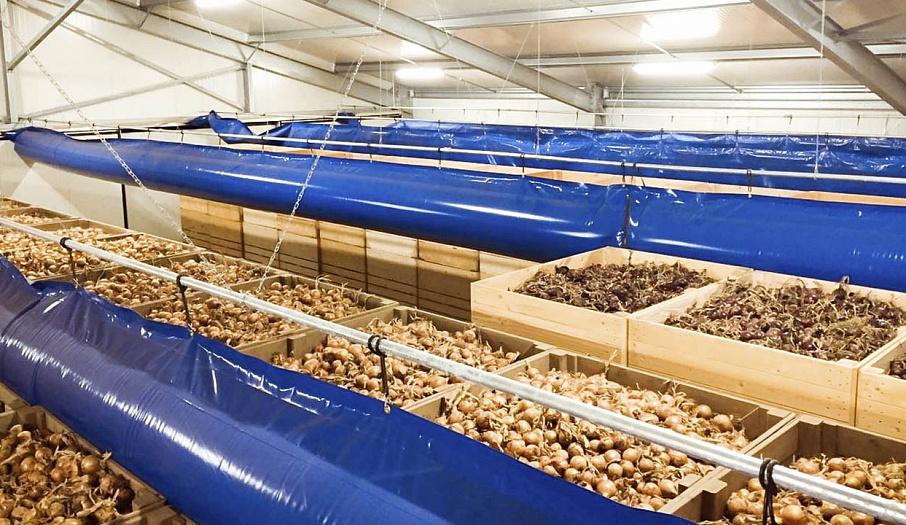 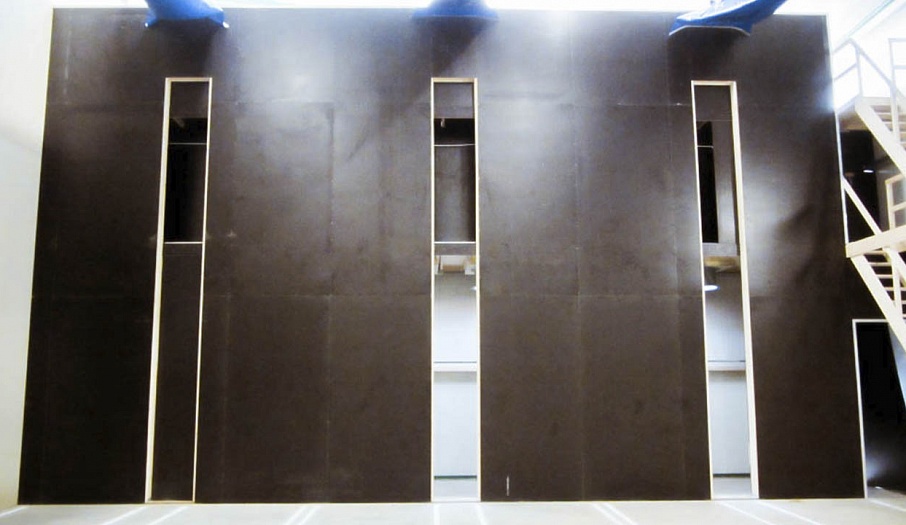