The slotted-wall storage technique is used only for the container storage of vegetables and is one of today’s most effective technologies.

In a storage, there is an air-ventilation chamber separated by a wall where equipment such as fans, intake and emission valves, servomotors, control equipment and sensors is located.

The slotted-wall makes the air circulate through the produce in containers by creating air drag in containers which are positioned closely to the wall with openings for lift-truck forks. It also replaces excessive carbon dioxide (CO2) with fresh air so that produce can be evenly ventilated with slight temperature changes.

The slotted wall features openings that exactly match the ones found in containers for lift-truck forks. Containers are arranged in a special way, close to the slotted wall. Fans create an air drag that flows through the wall openings and into the containers, flowing through the produce. The front openings of the containers in the end row are covered with control dampers. In this way, the air is forced to flow through the depth of the produce. This technology requires the use of special containers (the standard size of a European vegetable container for the aeration system is 1.6 x 1.2 x 1.2).

The technology is based on the proper selection of equipment and its arrangement in a storage. Depending on the duration of crop storage, a ventilation, refrigeration or humidification system is used. The ventilation system is fundamental and is used for drying, curing, decreasing and maintaining the temperature of produce. A refrigeration system is used when storing at high outer temperatures (in April, May, June) or when the temperature of produce has to be decreased in a short period of time like during crop harvest or while putting carrots and cabbage into storage.

The required storage parameters are maintained with an automatic control system for such processes as ventilation, humidification, refrigeration and heating.

Refrigeration system is used when storing at high outer temperatures (in April, May, June) or when the temperature of produce has to be decreased in a short period of time like during crop harvest or while putting vegetables into storage.

The required storage parameters are maintained with an automatic control system which was specially designed for vegetable storages. The information can be automatically sent from a controller to a PC or smartphone which can be used for the remote monitoring and maintenance of storage parameters. 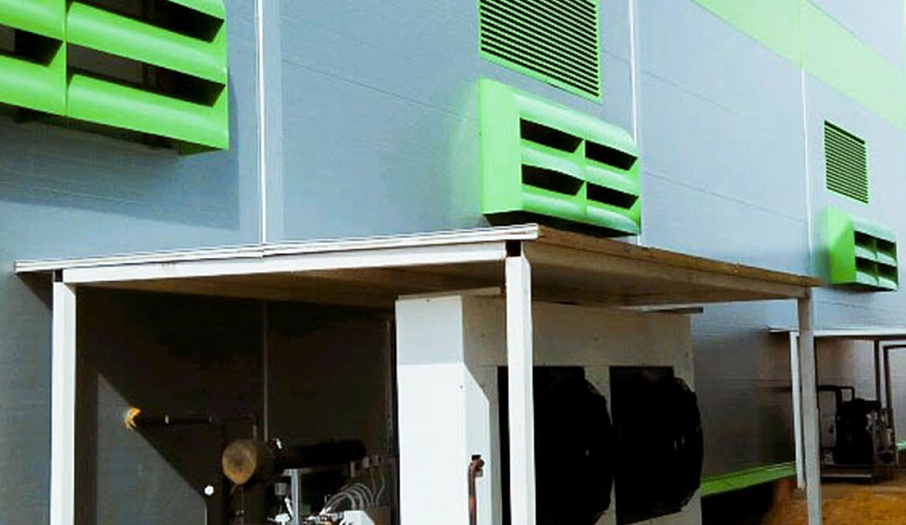 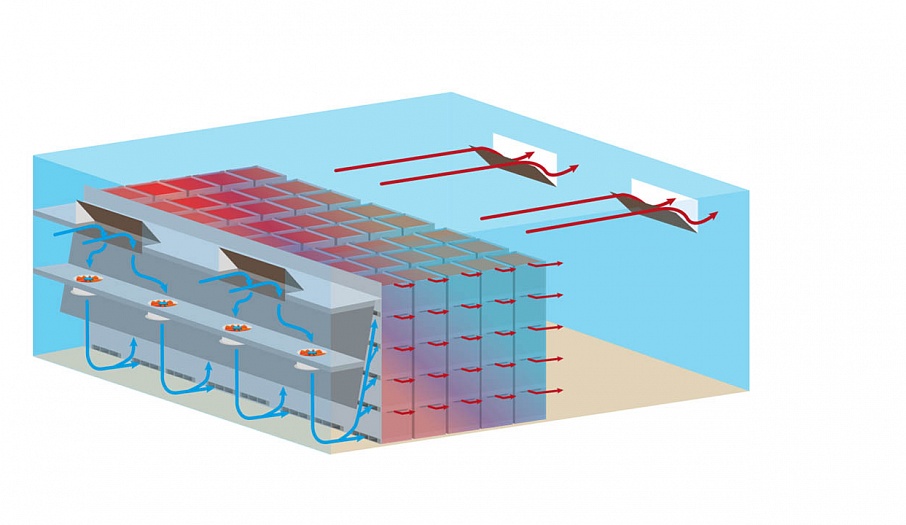 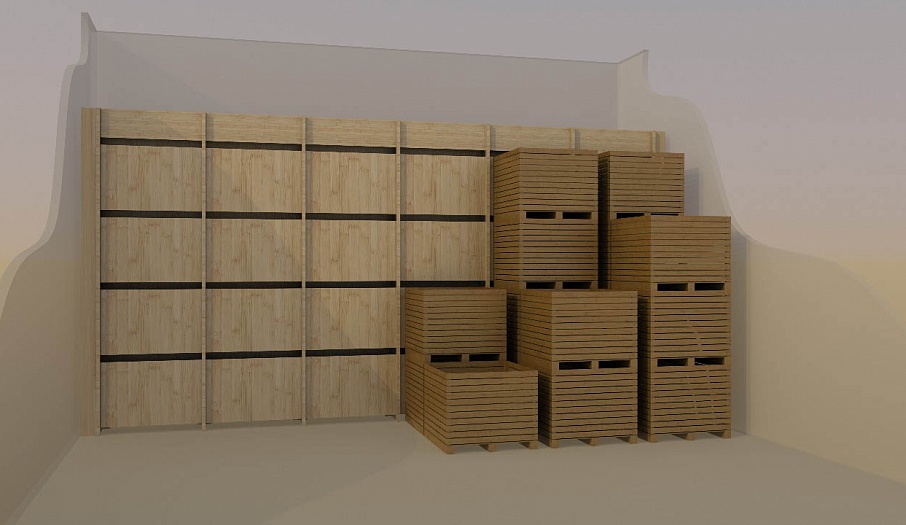 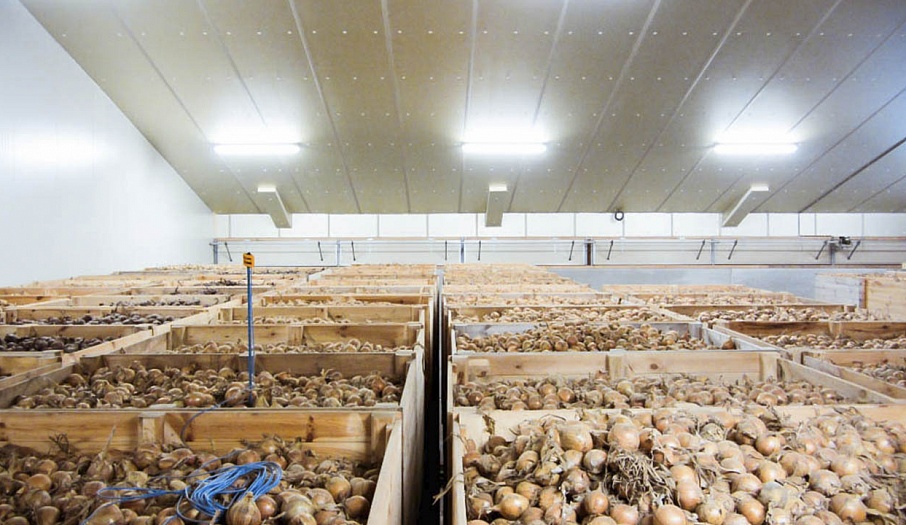 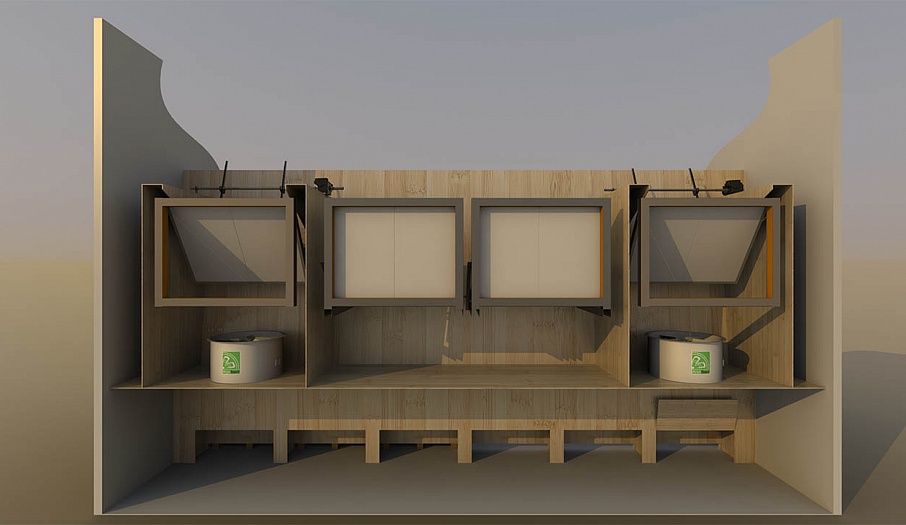 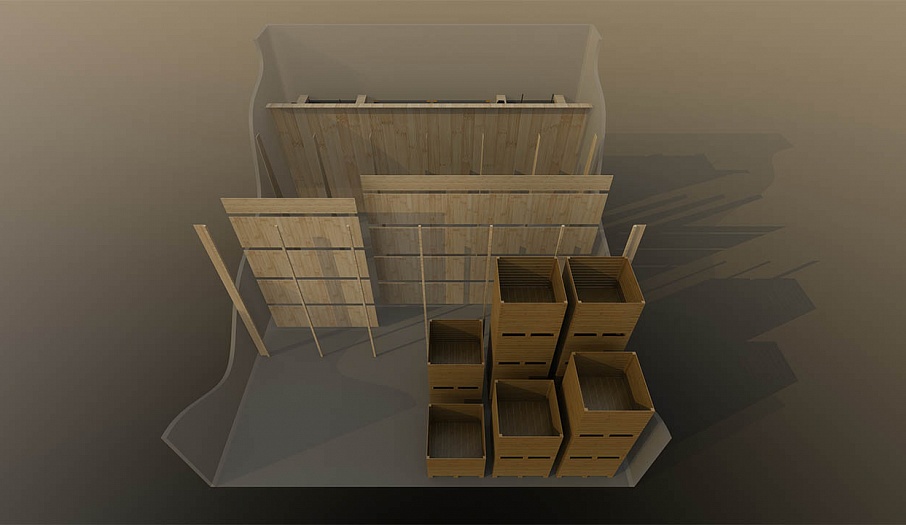 This type of storage is used when the storage capacity is low but contains a large variety of vegetable sorts (such as seed production).

There are several recommendations concerning the usage of this system: