Every Air technology makes the air circulate through produce containers by creating pressure with the use of fans in a specially-organized stack of containers that are hermetically sealed with pneumatic sleeves. It also replaces excessive levels of carbon dioxide (CO2) and the other byproducts of produce respiration with fresh air so that produced can be evenly ventilated with slight temperature changes.

This storage technology is one of the most advanced found on today’s market.

The technology is based on the proper selection of equipment and its precise arrangement in a storage. Depending on the duration of crop storage, a ventilation, refrigeration or humidification system is used.

The Every Air ventilation system is fundamental and is used for drying, curing, decreasing and maintaining the temperature of produce.

The principle of ventilation arrangement

Inside the storage, parallel to the inner wall, a wall with vertical openings is erected through which the air gets pressured. Along the openings, containers in hermetically-sealed stacks are lined up in a certain order.

Two adjacent rows of containers form a long high passage that gets covered with special airbags at the top and at the abutting end. In this way, they from a closed tube opposite the opening from which the air is pressured.

By pressurizing the air between the rows of containers, fans create pressurized zones there. In this way, air flows through the containers and ventilates the produce. The required storage parameters are maintained with an automatic control system for ventilation, humidification, refrigeration and heating.

The specific arrangement of fans near the entrance to the air cooler provides the air drag into the heat exchanger of the air cooler, which decreases condensate falling onto the surface of the produce and lowers the rate of produce drying. It is extremely important that the minimum temperature drop in air coolers should be less than 6 degrees (Dt6k), which means that the boiling temperature of freon gas should be 6 degrees lower than the temperature in a chamber. 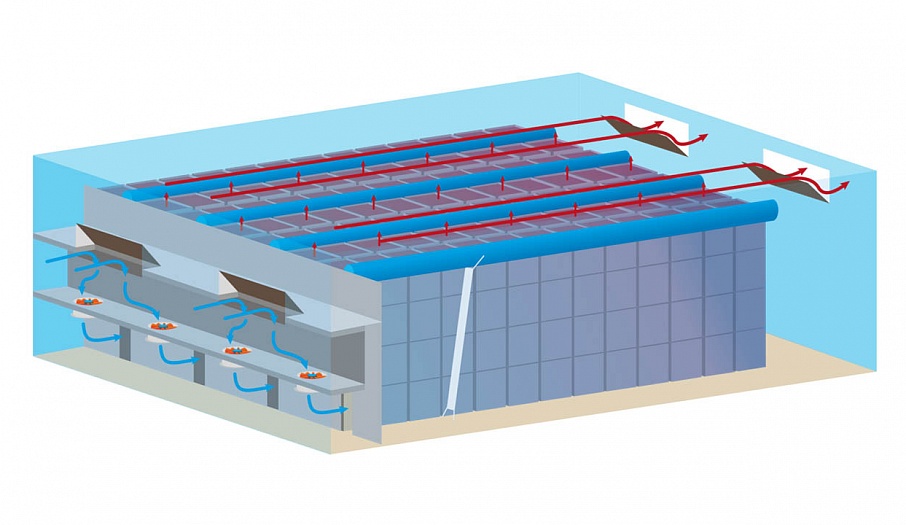 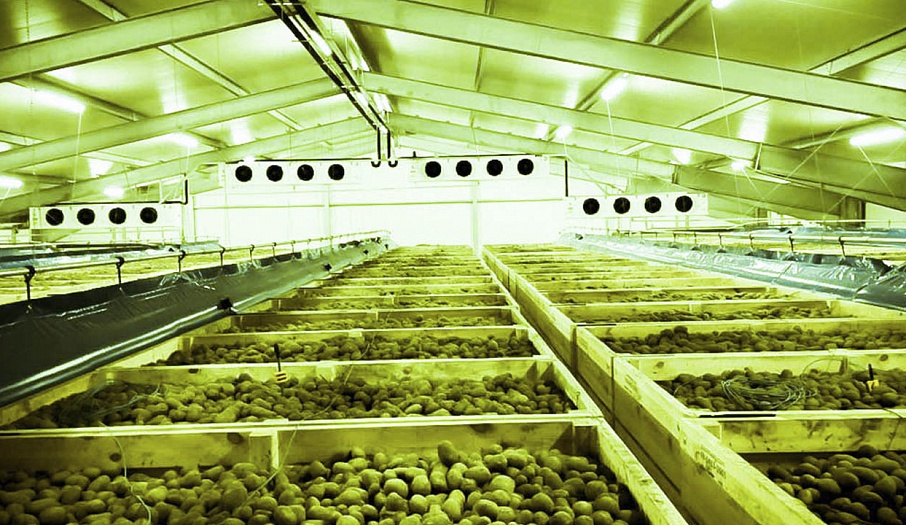 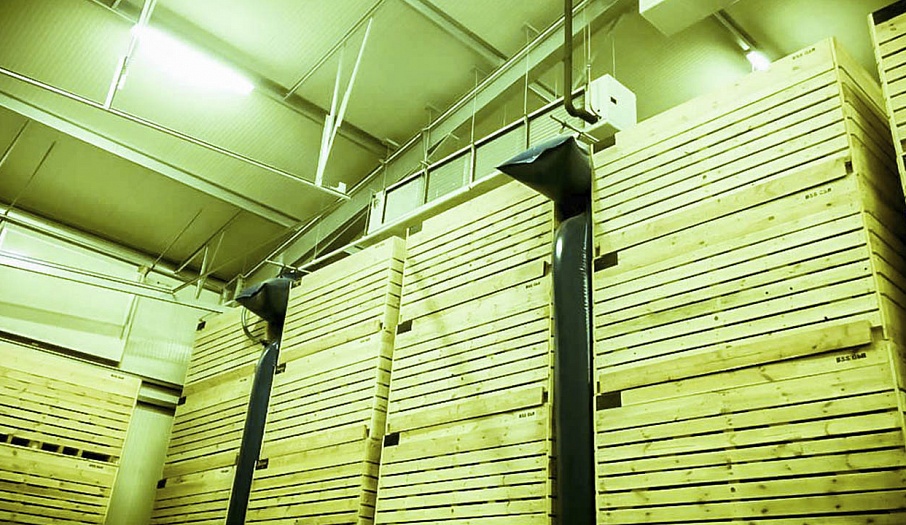 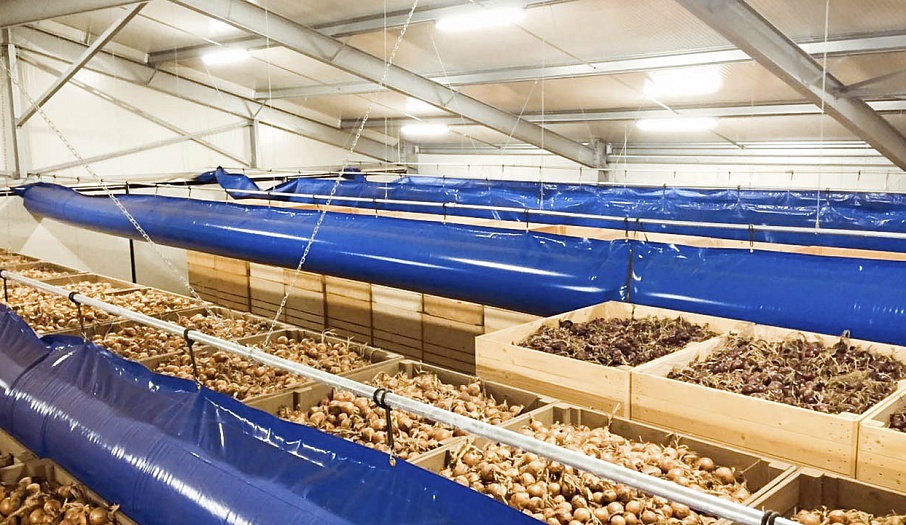 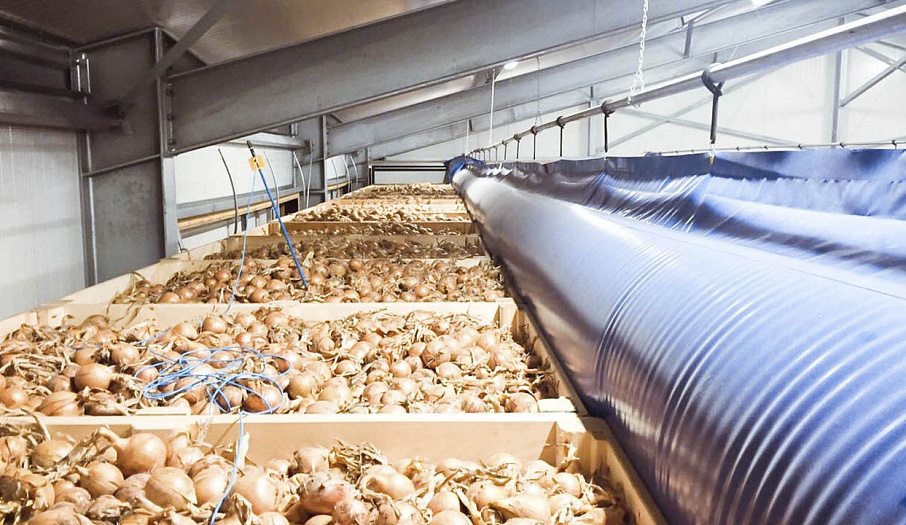 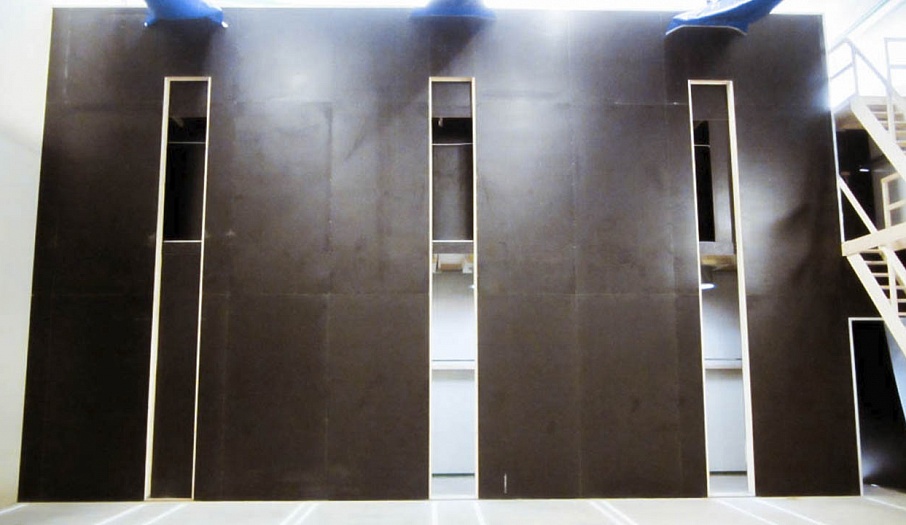 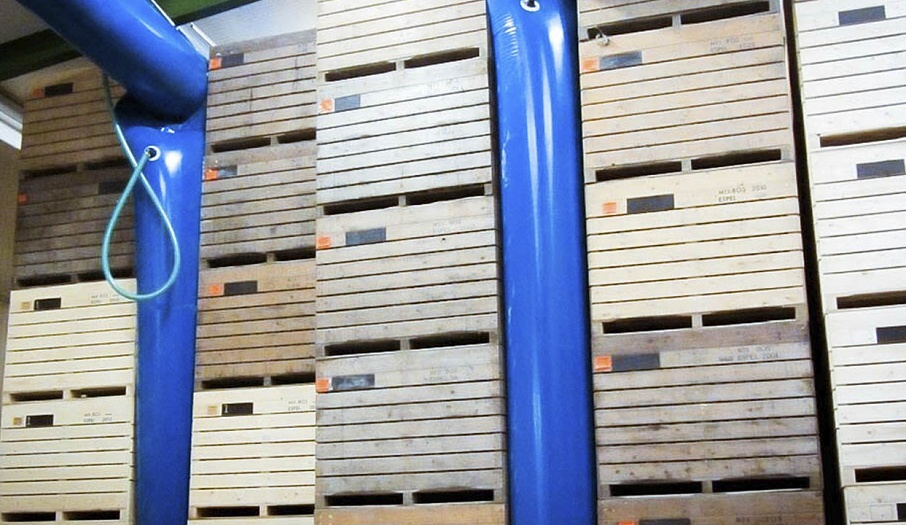 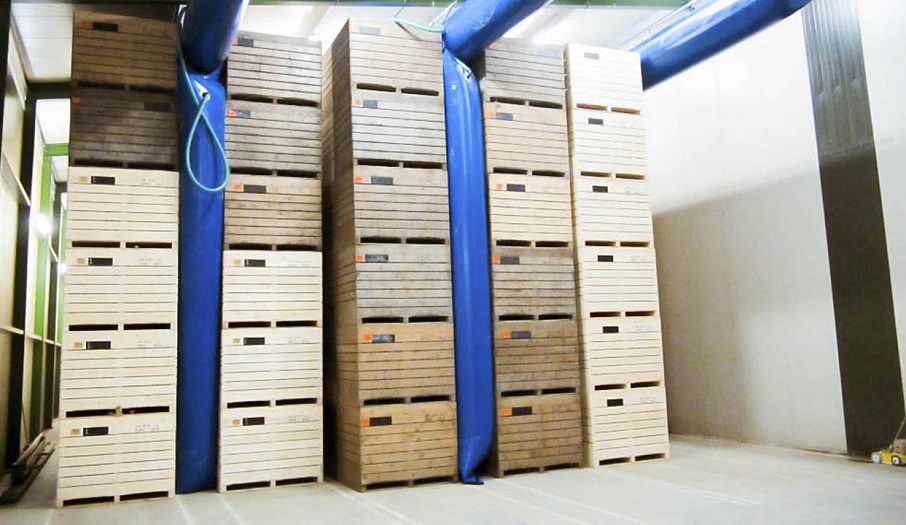 There are several restrictions with this system: