What's the first thing that comes to mind when you hear "floating farms"? Perhaps these are futuristic pictures from a movie about the future, the latest developments, post-apocalyptic survival. Or maybe something from the category of flying castles, so beautiful and so unattainable?

In fact, everything is much more prosaic. Floating farms appeared tens, even hundreds of years ago. At their core, they are rafts that hold on to river plants (usually water hyacinths) that rise and fall with the water. For many years in a row, such farms have been used to grow food in rainy countries like Bangladesh, when rivers overflowed, flooding vast areas.

The essence of the work of such farms is to create a vegetable garden with raised beds directly in the water. Farmers lay the plants layer by layer, about 1 m deep, after which vegetable crops are planted in the “rafts”. Usually it is okra, pumpkin, spinach, eggplant, turmeric, ginger, etc. Over time, these rafts decompose and release nutrients that feed the seedlings. 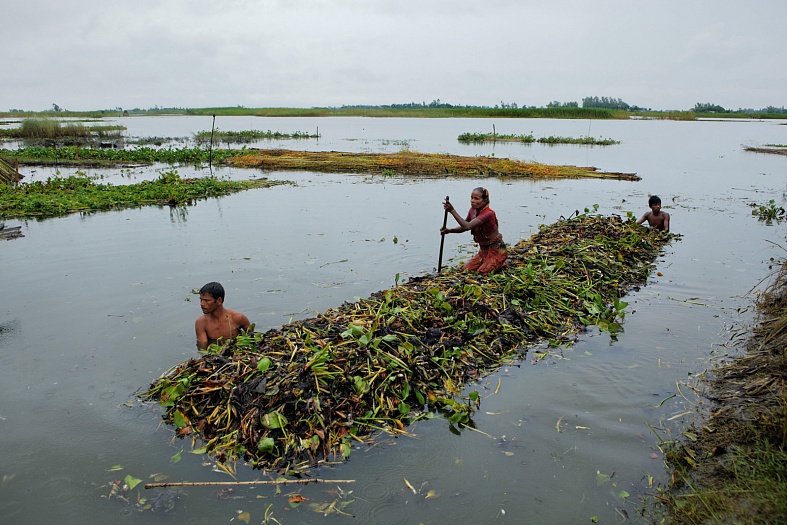 Floating farms are common not only in Bangladesh, but also in parts of Myanmar, Cambodia and India. Due to difficult climatic conditions, regular floods and floods in these countries, floating gardens have literally become a salvation for rural farmers and the only way to continue growing food.

Scientists at Ohio University are interested in this phenomenon. They believe that the Bangladeshi floating farm model can offer a solution to the food problem in the parts of the world most affected by flooding due to climate change. Scientists suggest that such farms can guarantee food security for individual households. 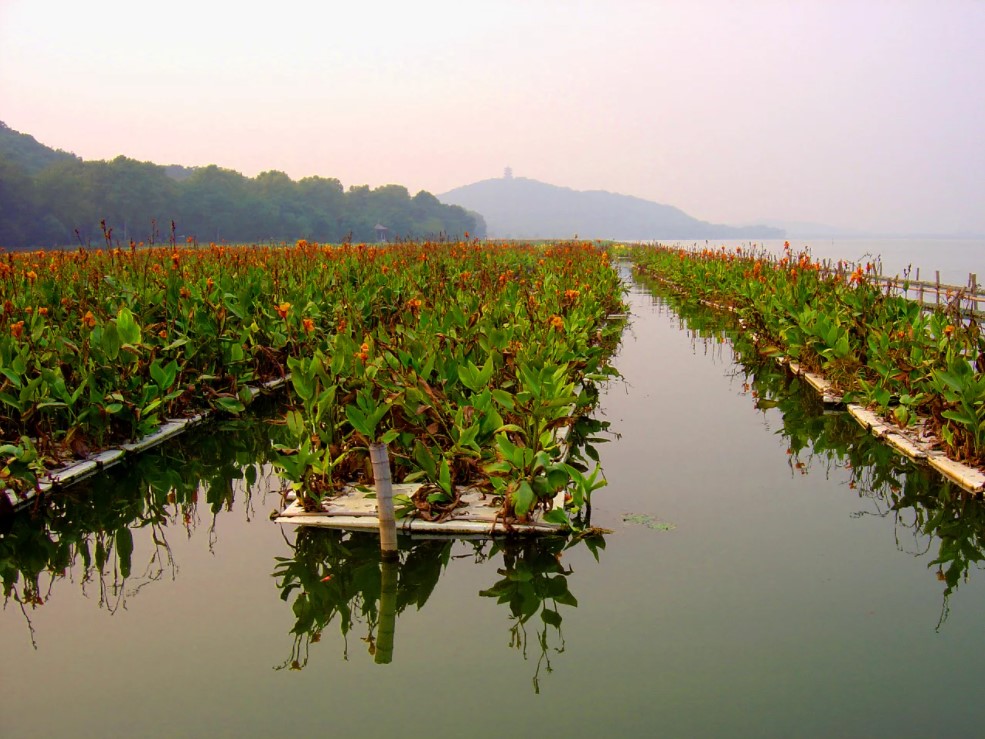 Mission possible - grow food with little or no soil. In Bangladesh, rice has historically been cultivated, but over time, many farmers decided to abandon it. alternative crops have great returns in the face of climate change.

During the study, scientists talked to farmers and their families and came to surprising conclusions: floating farms are more than capable of providing stability both in the amount of food consumed personally and in the income of the farm family from the sale of leftovers. Climate instability is not a hindrance.

For planting, hybrid seeds are usually used, which must be purchased annually for growing various vegetable crops on "rafts". Floating farms are just as attacked by pests as ordinary ones, so a significant part of the cost is spent on fertilizers and pesticides. But farmers argue that these costs more than pay off and the benefits outweigh the costs.

In Bangladesh, caring for floating gardens is a family affair, which is handled by everyone, young and old: children, adults and old people alike. Each has a different range of responsibilities - from preparing seedlings to collecting aquatic plants to create “rafts”. Some craftsmen even breed fish in the waters around the floating gardens. According to one of the interviewed farmers, he earns 4-5 times more on such a farm than on traditional rice fields.