Urban farms have become a fashionable and rewarding way to transform even the smallest and most inconvenient spaces in the city into places for food production. Abandoned factories, former landfills and especially roofs have become new farms around the world. Among the largest and most famous in the world is Brooklyn Grunge, located on the roof of the Brooklyn Naval Dockyard, with an area of ​​about 65 thousand square feet. 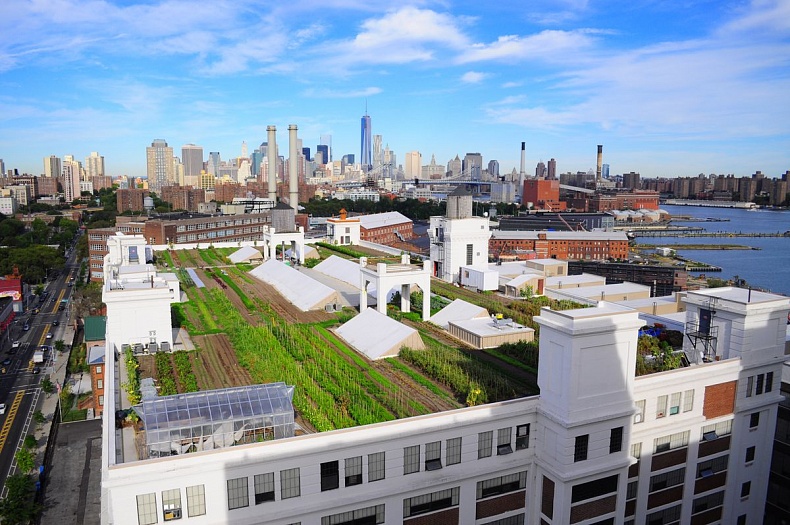 But a new project by French urban farming company Agripolis dwarfs even Brooklyn Grunge. The new farm is about 150,000 square feet, housing 20 farms and 30 different crops.

Located in the recently renovated Paris Expo Porte de Versailles exhibition center near the historic Marais district, this facility aims to produce a whopping 2,000 pounds (over 900 kg) of vegetables and fruits per day. They are cared for by about 20 gardeners and are also grown using completely organic growing methods. Just imagine - quality products, grown in rhythm with natural cycles, and all this in the very heart of Paris! 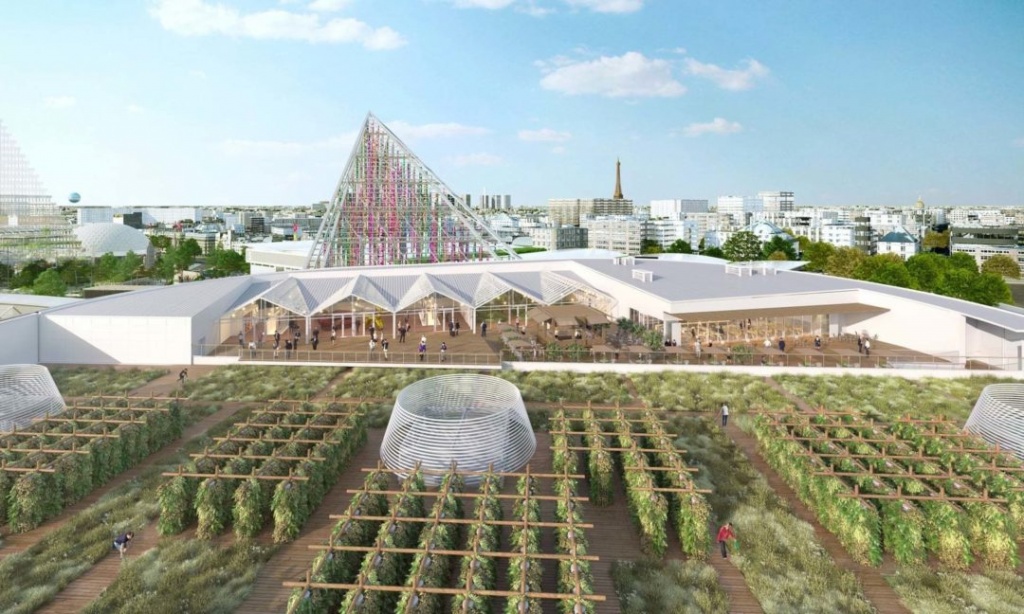 Seasonality does not really matter here, because the farm has completely abandoned the soil. The new Agripolis venture uses the aeroponics method. The crops are placed in vertical towers and sprayed with a solution containing nutrients and fertilizers dissolved in water. Aeroponics uses far less water than soil and hydroponic methods and is a favorite of urban (or just small) farms.

Close your eyes and imagine: a warm spring afternoon, in front of you rows of strawberries rustle from the breath of a light breeze, and the aroma of delicious herbs soars in the air. A bee rushes lazily nearby. However, contrary to the picture that opens, you are not in an idyllic corner of the countryside, but at the top of a six-story building in the heart of the French capital. 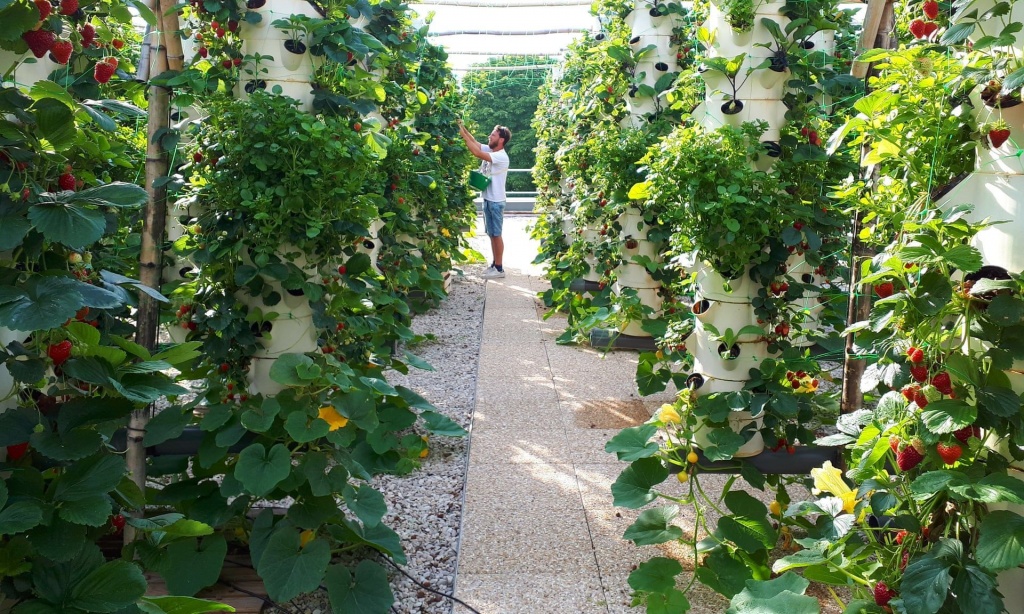 Welcome to the future of agriculture in Paris, where many rooftop plantations have recently grown, such as this one on the outskirts of the Marais. One part of the harvest will be used in its own restaurant with a capacity of about 300 people. Operated by renowned Parisian rooftop chain Le Perchoir, this airy eatery offers panoramic views of the capital and of course the menu will feature seasonal produce grown right here.

The rest of the fresh produce will be used to feed residents in the southwest of the city, either directly or through shops, hotels and canteens, helping to reduce logistics costs. All the expressed rooftop crop is environmentally friendly, grown without the use of pesticides or chemicals, so the farm is a biodiversity haven.

It also offers a range of services related to urban agriculture, such as educational tours, team building workshops and special events. Last but not least, local residents have the opportunity to rent their own small vegetable gardens, which will help grow organic food for themselves and their families right within the city.

A further vision is a city where flat roofs and abandoned surfaces are covered with new growing systems. Each of these sites will directly contribute to the feeding of the urban dwellers, who today constitute the bulk of the world's population.

Urban agriculture is now flourishing in France in all its forms. In fact, the city of Paris has committed to planting 100 hectares of vegetation across the capital in 2021 as part of its Parisculteurs project, with one third dedicated to urban agriculture.

Other creative agricultural sites throughout the city include the La Recyclerie eco-farm, set along the old railway line in Porte de Clignancourt, and La Caverne, an organic mushroom growing facility located in an underground car park in Port de la Chapelle. Rumor has it that even the capital's Montparnasse Tower will have its own gardening space.