As the amount of arable land on our planet steadily decreases, some scientists and entrepreneurs are turning their eyes to the stars as the next great agrarian frontier. The concept is as old as the first science fiction story, and is that humanity's access to life in space depends on the ability to produce edible and nutritious food.

In fact, astronauts and scientists have long been successful in growing fruits and vegetables in space, such as Armara mustard and bok choy. Last fall, seven mature "Hatch" green chilies were harvested, and a dozen bottles of Bordeaux were sent to be aged in space for 14 months and then returned for sale at a Christie's auction.

A number of different companies are now taking steps in hopes of taking the food industry to the runway into space. 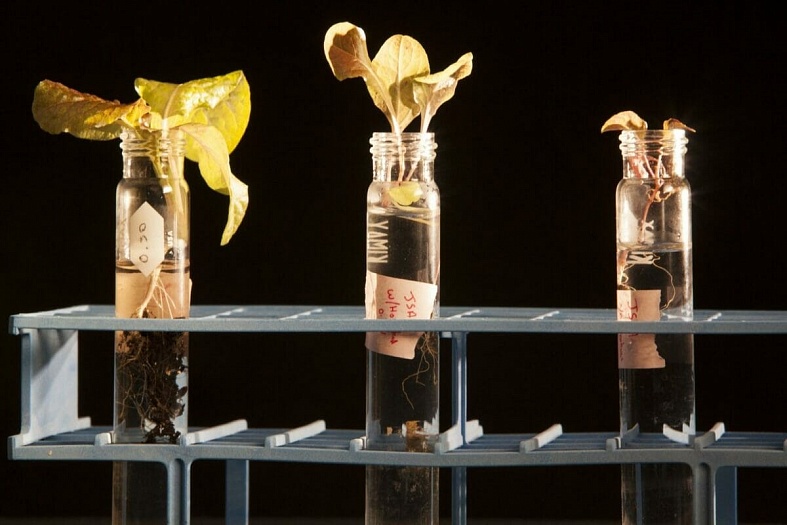 Orbital Farm hopes to turn Earth-based food production into a sustainable closed-loop system that will eventually easily overcome barriers to space-grown food production. CEO Scott Bryson says his company was born out of a desire to "address climate change." And it makes sense: as the climate changes, weather patterns will become increasingly unpredictable and erratic, putting crops around the world at risk. According to Bryson, these effects will only get worse because nearly 26% of greenhouse gas emissions come from the agricultural sector alone.

To combat this effect, Bryson intends to open fully enclosed farms or self-contained greenhouses that will convert waste into energy. The company envisions that this will apply not only to fresh fruits and vegetables, but also to clean energy, fish, biopolymers, drugs, vaccines and cellular agriculture.

Orbital Farm will work to integrate the mechanization of industrial large-scale agriculture into a sustainable system. This includes modeling the environment to simulate space conditions, including limited access to fresh water and oxygen, and creating and continually testing systems to capture carbon from the air. Bryson says this is the only way forward because "in 15 to 20 years, when there are large numbers of people living on Mars, you're going to need large-scale systems to support life."

The experiment, called Space Hummus, began Feb. 19 during Northrop Grumman's 17th International Space Station (ISS) supply mission. Jonathan Weintraub of Stanford University (the scientist who developed the Space Hummus plan) cites the nutritious protein nature of the legume plant as a leading factor in exploring its potential for growing in space. The growth of chickpeas placed in a miniature greenhouse will be monitored by scientists aboard the ISS. 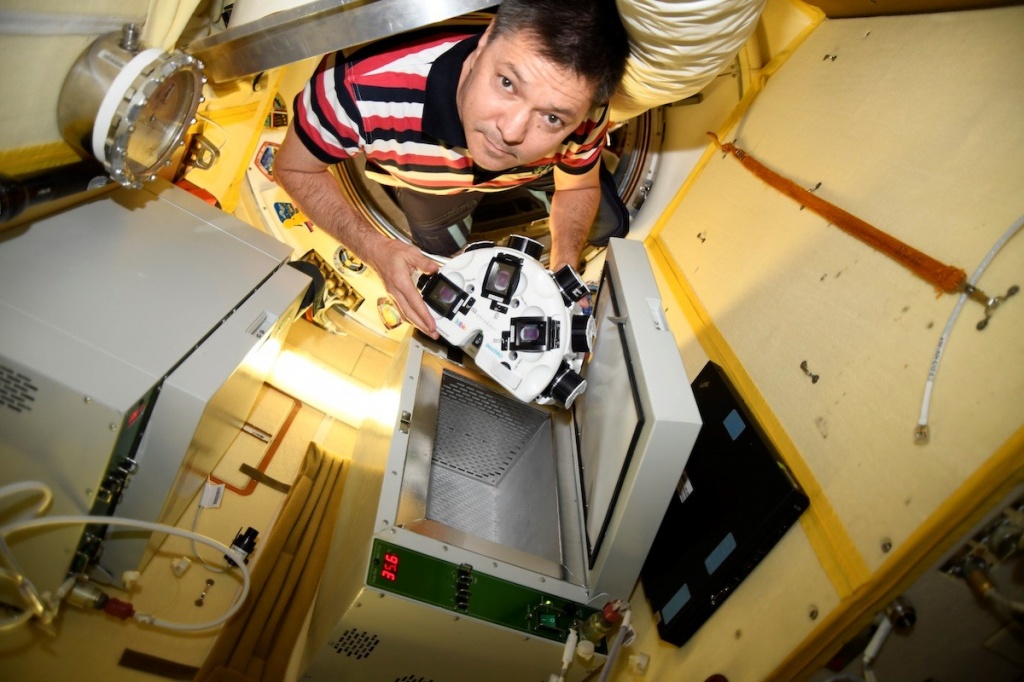 Cosmonaut Oleg Kononenko aboard the International Space Station during the first experiment with a 3D bioprinter. Photo courtesy of Aleph Farms

On Earth, Israeli company Aleph Farms is also betting on food grown and cooked among the stars. The company, famous for raising the first piece of meat in space, has unprecedented plans for proteins. Zvika Tamari, head of the company's space research program, believes that artificially grown meat will be an integral aspect of long-term missions to Mars and potential outposts on the moon. "Supplying fresh produce from Earth to the Moon and Mars is simply not possible," Tamari says. So Aleph Farms intends to make growing and cooking meat in space a plausible reality for future space travel.

Aleph Farms and Orbital Farms agree that the more diverse the set of minds working on growing food in space, the more likely humanity will be able to solve pressing food dilemmas - both on Earth and in space. Food security and resource depletion accelerated by the climate crisis raise questions about the future of food production. Many believe that in order to successfully grow food in space, humanity must simultaneously understand sustainable food production practices on Earth.

In the future, we can expect to see innovative technologies that will ensure sustainable food production in space and on Earth within the next 50 years. Experts from around the world are exploring new and exciting methods of growing a multitude of foods under all conditions. However, the future of intergalactic food depends entirely on Earth in the present. Humanity must figure out how to grow more with less. Only by mastering this conundrum can we expect to explore the Milky Way while enjoying coleslaw and beef tartare.