It's the 21st century: store shelves are overflowing with a variety of fruits, but are we thinking that this was not always the case? Only the use of modern technologies for growing, storing and transporting agricultural products allows us to enjoy our favorite fruits at any time of the year, from mango to apple.


Today we will take a closer look at one item from this chain, namely storage - the most important stage that affects the quality and taste of fruits, as well as the profitability of production. When the storage mechanism is not organized correctly, then the physical and quality losses of the yield can reach 80% of the total volume of production.


Approximately 50% of the crop must be realized during the harvest period. Accordingly, gardeners do not receive the profit that they could get from having a modern storage facility that allows keeping fruits fresh for 8-12 months a year. But, alas, today there is a shortage of fruit storage facilities in Russia. 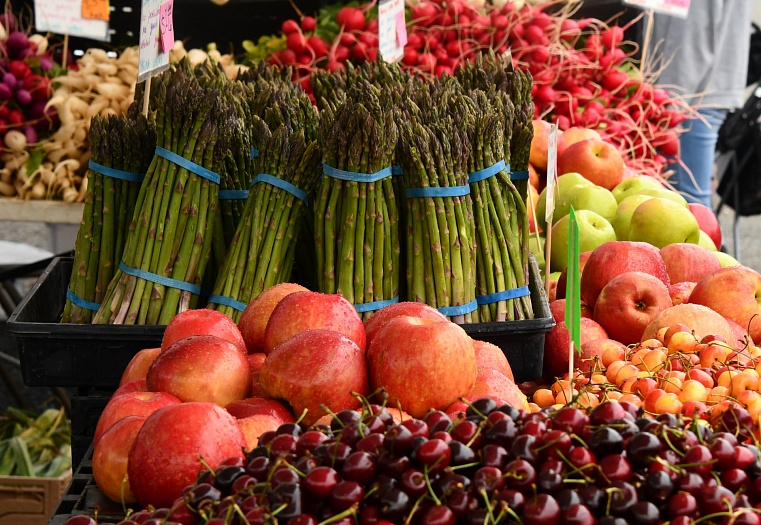 Before choosing a fruit storage, you need to answer several questions:

In order for the harvested crop to be stored as long as possible, without losing its nutritional properties and appearance, it is necessary to create special conditions under which the respiration rate of the fruit will be reduced. For this purpose, special controlled gas storage media for fruit are created: by reducing the oxygen concentration, the process of natural decomposition of fruit tissues slows down, which allows preserving the taste characteristics.

RGS is a classic storage technology, which consists in creating a sealed storage chamber with the required temperature, humidity, as well as oxygen and carbon dioxide content. The RGS technology involves storing apples in an environment with a certain concentration of oxygen and carbon dioxide (CO2). In a normal atmosphere, nitrogen levels are 78%, oxygen 21% and CO2 0.03%. In the RGS chamber, the oxygen content is approximately 1.5–2.5%. The fruit is ripening, which is very convenient for exotic and imported fruits.

How do RGS refrigerators differ from ordinary ones? First of all, it is the complete sealing of the storage chambers. The second important element is a sealed entrance gate with a chamber inside, which is pumped around the perimeter of all gates and presses them as tightly as possible against the wall. This allows us to achieve complete sealing and eliminate gas leakage from the chamber, preserving the entire environment that we need to store fruit for a long period of time.

If you decide to build a storage facility with RGS, then you need to understand how much and the order of storage you will have. For a start, it is better to make several small chambers, because if you have several varieties of apples, then each variety should be stored in a separate chamber. When the buyer arrives, he will have to open several cameras. As soon as the chamber is depressurized, the shelf life of the fruit is sharply reduced to 10-14 days.

This technology allows oxygen levels to be reduced to 1.2% for even longer storage. To slow down the ripening process, the carbon dioxide level also needs to be regulated. But do not forget that by decreasing the oxygen level you increase the negative effects of carbon dioxide on the fetus.

DCA can be called the most efficient CGS storage technology. Due to the very low oxygen content in the chamber, the fruit goes into a suspended state, which significantly extends the shelf life without losing quality and taste. There are types of fruits for which low oxygen levels lead to various diseases or are generally destructive. Therefore, the minimum oxygen level in the RGS chamber is selected individually, based on their characteristics and characteristics of the fruits that you plan to store.

The storage atmosphere consists of three indicators: chlorophyll fluorescence + alcohol accumulation in the fetus + respiration rate (which is equal to the ratio of CO2 released to the amount of O2 absorbed in a certain time).

The easiest to use, but also the most expensive, is the DCA chlorophyll fluorescence technology. The sensors determine the minimum amount of oxygen required for the longest storage. As soon as the sensor has calculated the stress point, you need to immediately increase the oxygen so that the fruit continues anaerobic respiration. As soon as it is possible to determine this minimum possible point, you need to set the values ​​slightly higher and continue storage, avoiding stress. At a low oxygen concentration, the respiration of the fruit slows down, as a result, less heat is released. This makes it possible to drastically reduce energy costs for cooling.

A significant advantage in DCA technology is the elimination of chemical processing of fruits during storage, as well as a significant increase in storage time.

Need a fruit storage? Call +74952293903 or +79857799713, write info@agrovent.com. Or contact our specialist through instant messengers using the form in the lower right corner of the screen.