Modern farming methods, fishing and industry have a negative impact on the environment, and this will undoubtedly affect the lifestyle and food culture of all humanity. What could become staple dishes on menus in the future? 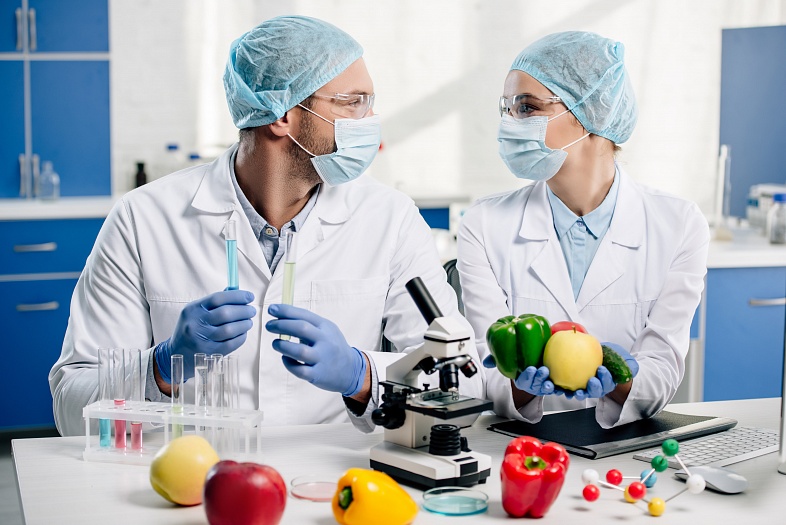 Chips and jellyfish salad could become a common delicacy in the next couple of decades, as fish stocks are significantly depleted and jellyfish are a very actively breeding species.

Fresh jellyfish, low in calories and fat but high in protein and antioxidants, have a delicate brackish taste and a slightly 'chewy' texture. When dried, the jellyfish is hard, making it a great alternative to chips.

There are about 25 species of edible jellyfish in the world, and most are eaten in Asian countries such as Thailand, Malaysia and Japan. A popular salad is thin strips of jellyfish mixed with vegetables, oil and spices. 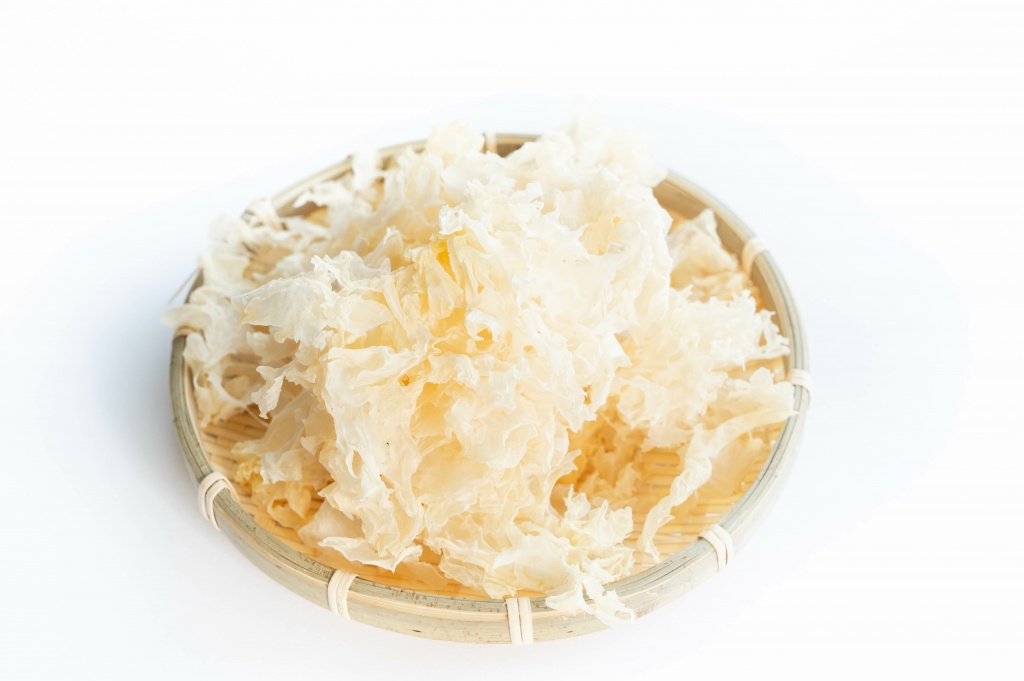 More than 4.8 million tonnes of plastic enter the ocean each year, a significant proportion of which is food packaging. Creating edible packaging using natural ingredients (such as seaweed, potato starch and milk proteins) would be a great solution to this problem.

Edible packaging is not new; it has been a part of our everyday lives for decades. Just think of ice cream cones.

There are already plenty of edible packaging on the market, including seaweed straws, coffee cups made from hard biscuits and heat-resistant chocolate, and candy wrappers made from rice paper. 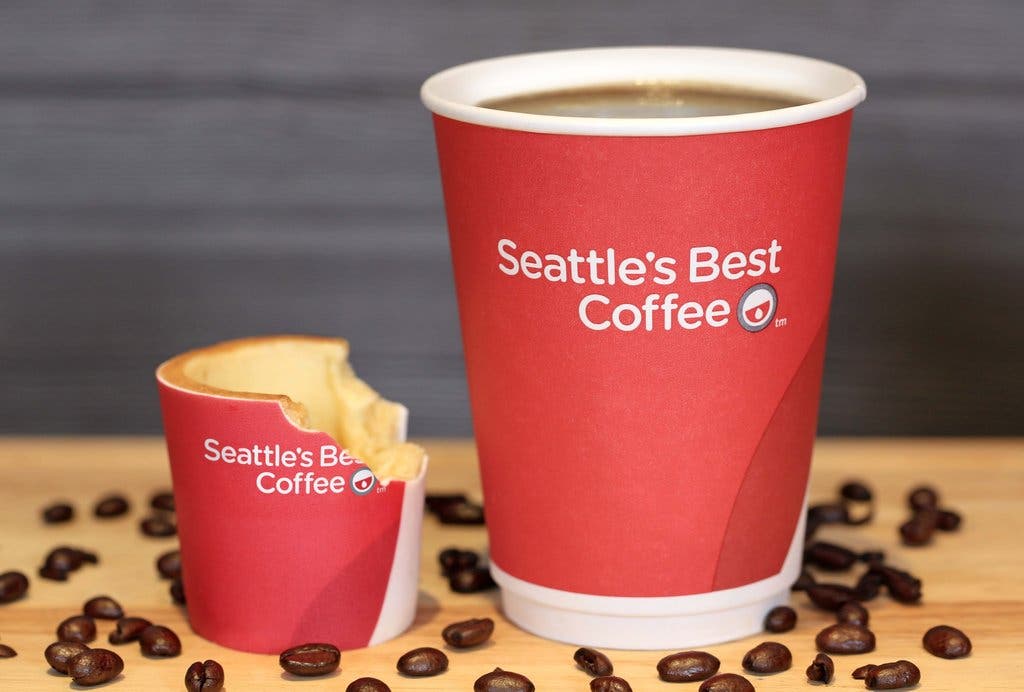 With more than a third of the world's soils moderately to severely degraded, humanity will soon have to find a new source of food cultivation. How about marine plants?

Seaweed is a type of algae that commonly grows around the world. This versatile plant offers a wide range of flavours and textures that are used in a variety of dishes including soups, stews, salads, cakes and smoothies. The most famous seaweed is nori, the thin, dried leaves used to wrap everyone's favourite sushi rolls.

Sea kale has many health benefits. They contain iodine and tyrosine (to support thyroid function), fibre (to promote intestinal health), and a variety of vitamins, minerals and antioxidants.

4. Meat from the lab

Artificial meat is meat that has been cultured from an animal cell in a laboratory. Such a cell is fed nutrients for several weeks to help it develop into a piece of meat.

"Test-tube meat" can be cooked in the same way as conventional meat. It looks the same, has an identical taste and smell and contains the same amount of nutrients.

Cultured meat is not yet widely available, but there are around 50 companies around the world creating 'test-tube meat' and many of them are already successfully producing beef, chicken and fish.

Since conventional agriculture is one of the main causes of climate change, artificial meat can help feed the world's growing population. 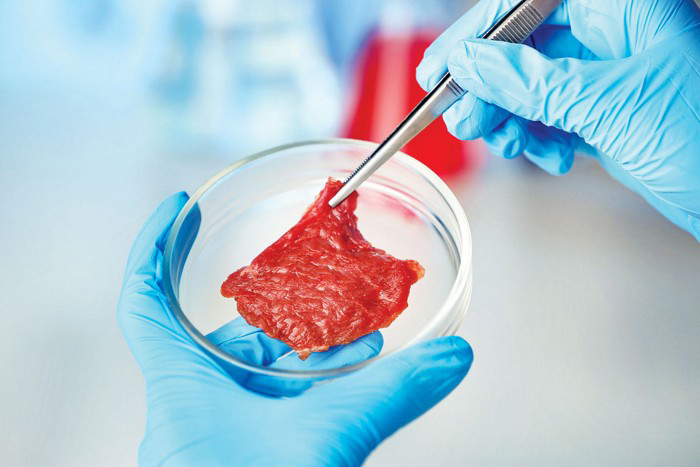 Insects are rich in protein, fibre, minerals and vitamins.

Insect farming could one day compete with livestock farming as it requires much less land, water and energy and emits less greenhouse gases. Already today, fried crickets are sold by street vendors in Thailand, warm maguey worms are served in tortillas with lime and chilli in Mexico, and colourful caterpillars serve as meat substitutes in soups and stews in Zimbabwe. In addition, some farms breed beetles to produce animal feed.

Insects have already made their way into western food culture as an alternative, sustainable source of protein. Food producers are finding clever ways to overcome possible initial consumer aversion by grinding insects into flour or paste for use in cooking.

There are more than 1,500 species of cacti, many of which are edible. Cacti are a staple food in Latin American communities where they are often grilled and served with eggs or in salads and tacos.

Cacti are rich in fibre, vitamins and trace elements. This versatile plant can also be eaten raw or used in fruit juices, smoothies, jams and other sweet treats, as well as in stews, casseroles and even wine. 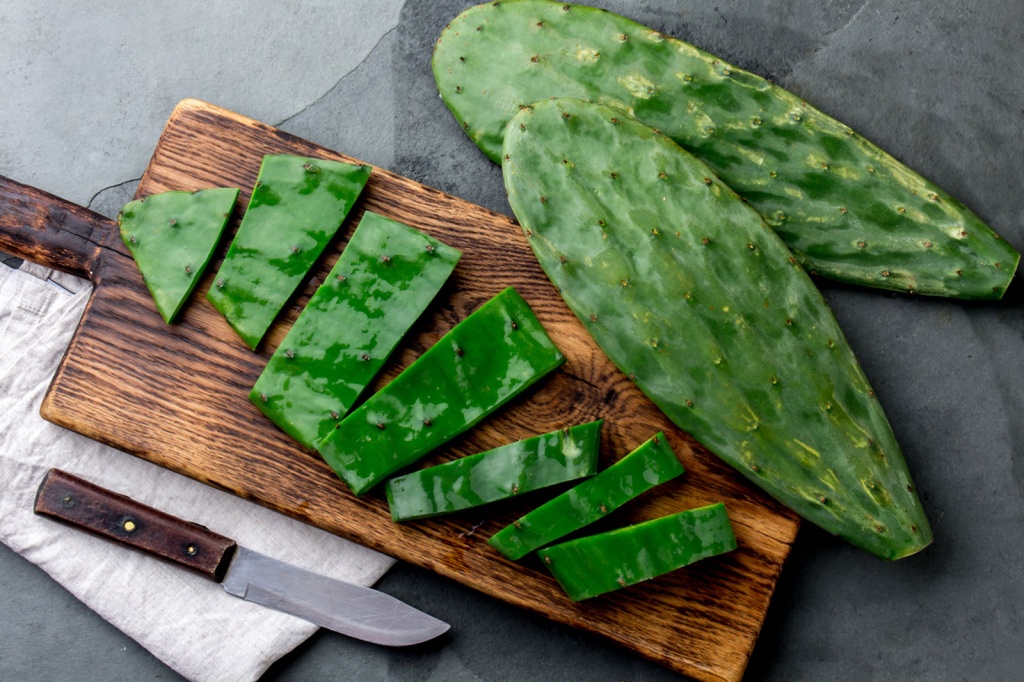 Many people replace wheat with pseudo-grains such as amaranth.

There are more than 60 species of amaranth, many of which are edible. The perennial plant requires little water and can be grown at almost any altitude, making it an ideal crop for low-income countries. Amaranth is a staple food in Central and South America, Asia and Africa and is highly nutritious, rich in fibre and antioxidants.

Quinoa is another popular plant that is most often used as an alternative to rice. It is also gluten-free, rich in protein, fibre, iron, minerals and vitamins and contains all nine essential amino acids.

Other grains gaining popularity include spelt, buckwheat, wild rice, millet and others.

Many people have already switched to a plant-based diet to reduce their consumption of animal products, making plant-based proteins a popular option in the mainstream market. 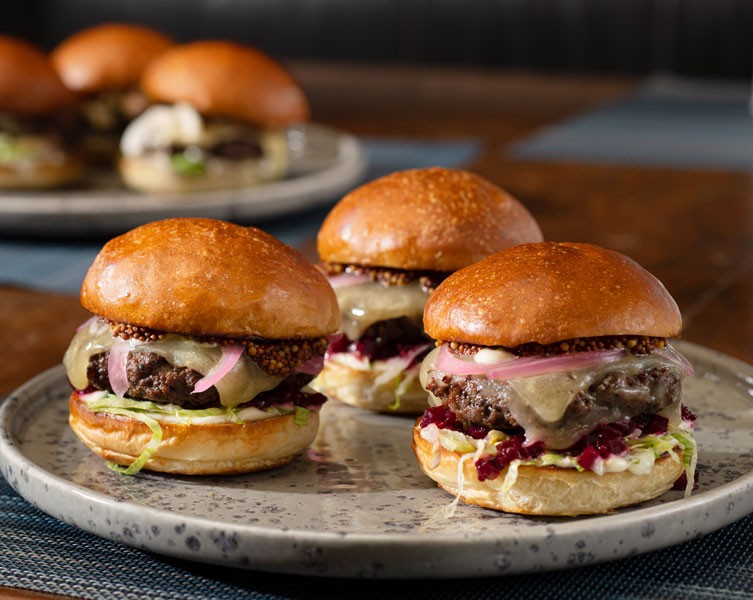 A genetically modified organism (GMO) is any living thing whose DNA has been altered in favour of desirable traits, such as greater size, better taste or resistance to disease.

Farmers have been genetically modifying crops through breeding for thousands of years, resulting in improved yields, nutritional value and taste. Modern genetic modification allows organisms to be modified without having to go through years of selective breeding.

GM foods are generally poorly received by the public, mainly because they are not considered natural and could potentially be unsafe. However, it has been proven that the human body cannot distinguish between GM foods and non-GM foods.

The Golden Rice project is an example of how genetic modification has helped save lives. Scientists modified ordinary rice to be rich in vitamin A and grew it in countries where infant mortality and blindness due to vitamin A deficiency were common. This helped boost immunity to fight life-threatening diseases and reduce the incidence of childhood blindness.