Development of a microclimate system for bulk potato storage (12 000 tons). 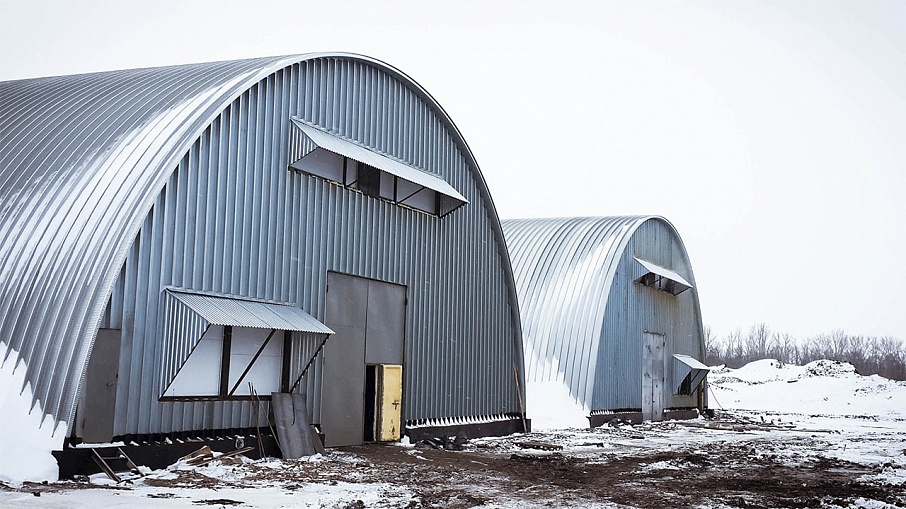 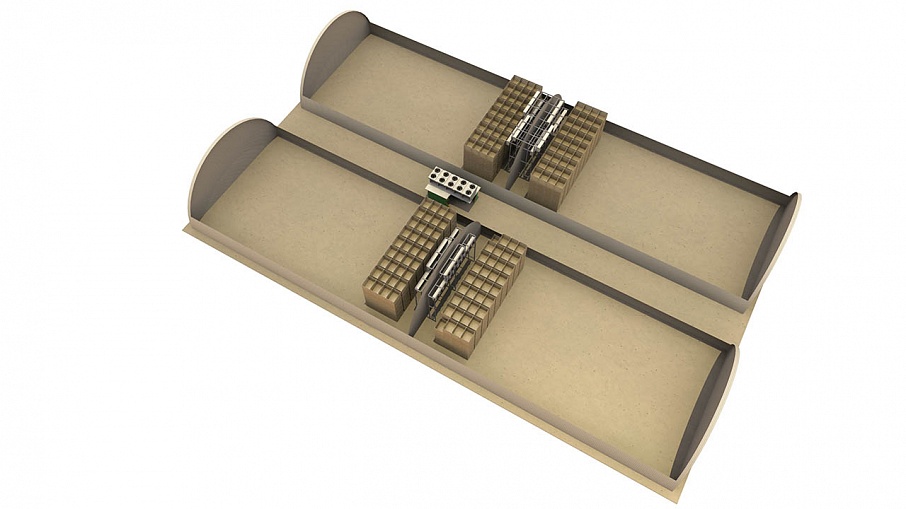 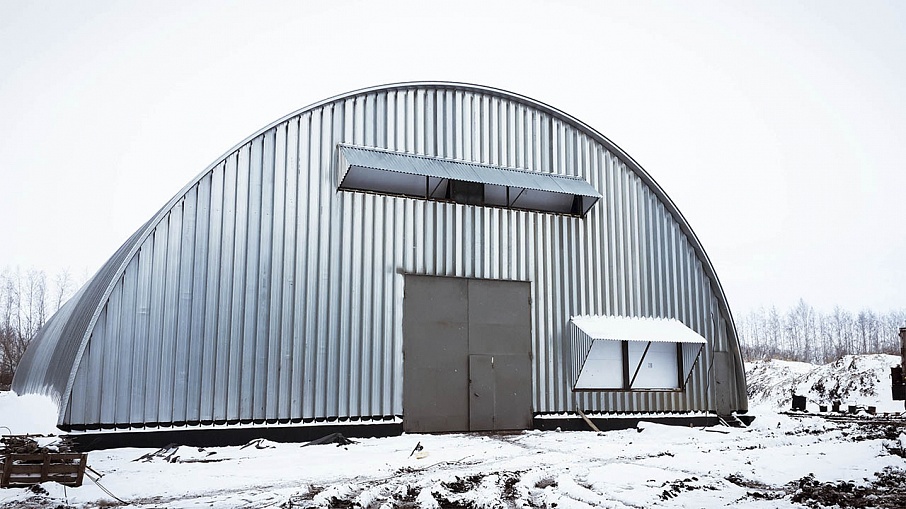 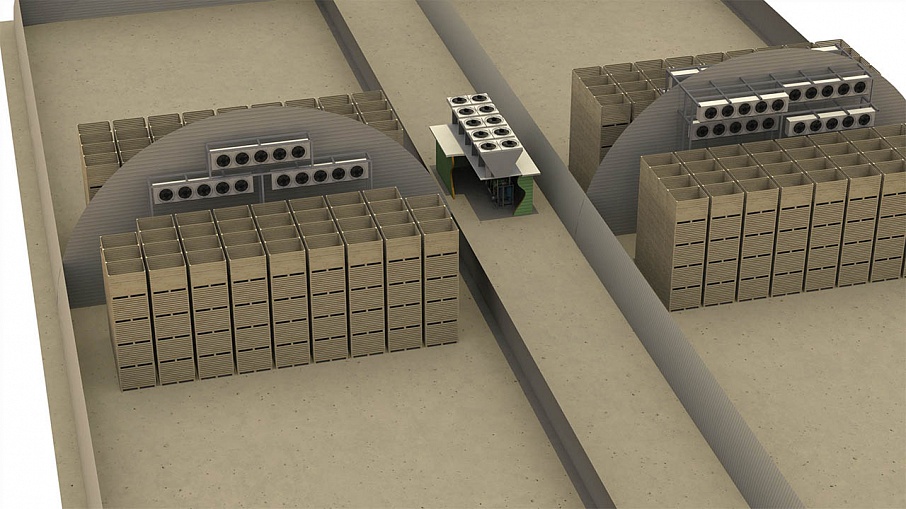 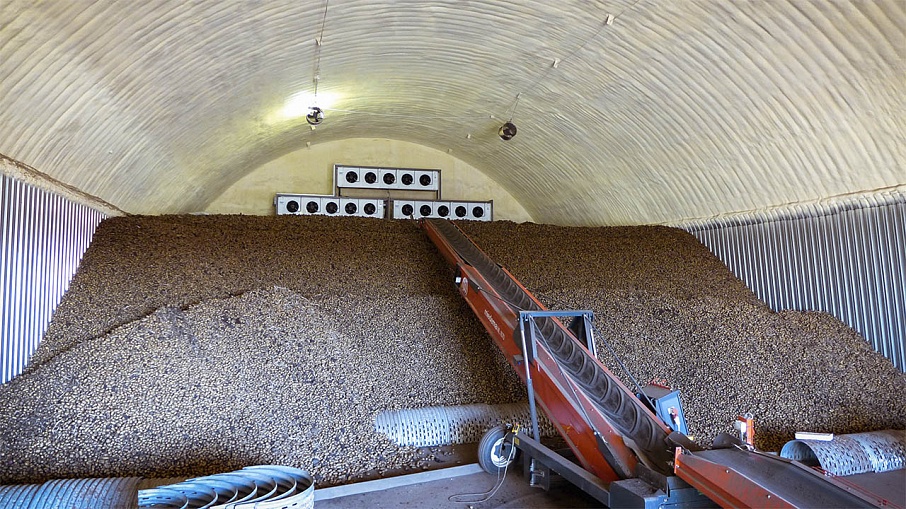 To maximize useful storage space.
To reduce power consumption
. To use an emergency valve-closing system in case of blackout.
To create a potato-storage system in a bunker with a height of 5m.
To use a centralized microclimate-control system for two buildings consisting of four storage sections each.
To extend storage life until June.

We used a perforated air-circuit system.

Due to the use of atypical exhaust valves, we were able to enlarge useful storage space and reduce airflow speed.

A high-pressure humidification system is used to support the storage of potatoes in a 5m-high bunker.

Due to the lack of constant power supply on the grounds of the vegetable-storage complex, equipment was used to support uninterrupted power supply. In case of blackout, the intake-exhaust valves automatically close.

By using a centralized microclimate-control system, it is possible to manage all eight sections of the facility with a single device.

The project featured the use of a mechanical refrigeration system and air coolers, which were specially developed for vegetable storages.

Design engineers and the construction department were in charge of the project, as well as Agrovent specialists in the area of ventilation equipment.

The equipment was fabricated and delivered within six weeks. This is an extremely tight turnaround time for a project of this scale.

The percentage of potato drying was significantly reduced thanks to the humidification system, which also helped preserve the marketability of the potatoes.

Collaboration with the client is ongoing - including within the scope of projects for other “Malino” Group companies.