On the terraced hills of Liguria in Northern Italy, the air is filled with the fragrant aroma of basil, much of which is meant to be ground in a mortar with olive oil, garlic, pine nuts, salt, parmesan and pecorino cheese to make the traditional pesto Genovese. Not surprisingly, this leafy herb, so firmly embedded in the region's culinary heritage, was chosen as the benchmark plant for the groundbreaking project, which is located 50 yards off the coast of Noli, a fishing village an hour's drive from the region's capital, Genoa.

"Nemo's Garden" is the world's first and only underwater garden. Submerged to a depth of 12 meters, the network of six domes, each containing about 60 seed beds, stands on stilts anchored to the ocean floor. 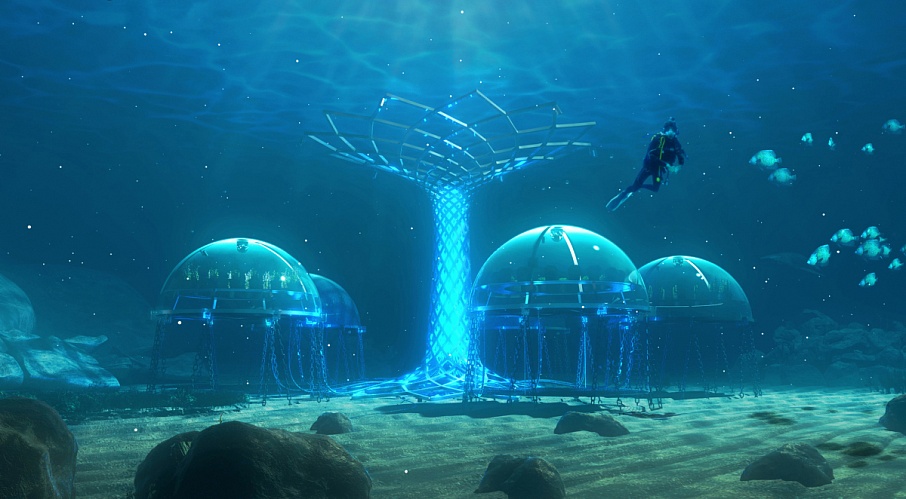 Ten years ago, Ligurian dive equipment manufacturer Ocean Reef Group founded this project after a chance conversation with his farmer friend. They talked about how to combine their two worlds - agriculture and underwater technology. Within a year, the first crop had sprouted.

Inside each biosphere (that's what domes are called), about 20,000 liters of air are trapped on the surface of the water. Sunlight passes through the water, reaches the biospheres, and heats the air inside them. In winter, when there is less natural light, LEDs connected to the surface by a power line serve as an additional source of light. The water outside keeps the temperature inside stable during the day and night, while the evaporation and condensation inside the dome provide fresh water for the plants. The technology is simple enough, but things get a little more complicated underwater.

Some important lessons have been learned along the way. At first, soil was used, but it was quickly realized that there were too many complications with it. In addition to the logistics and costs involved in transporting it into the biosphere, soil carries an increased risk of introducing diseases, insects or parasites into the domes. Therefore, a switch has been made to hydroponics, and the seeds are now planted inside a plastic cone containing a substrate (such as coconut coir or mineral wool). The seeds are fertilized with hydroponic fertilizer. 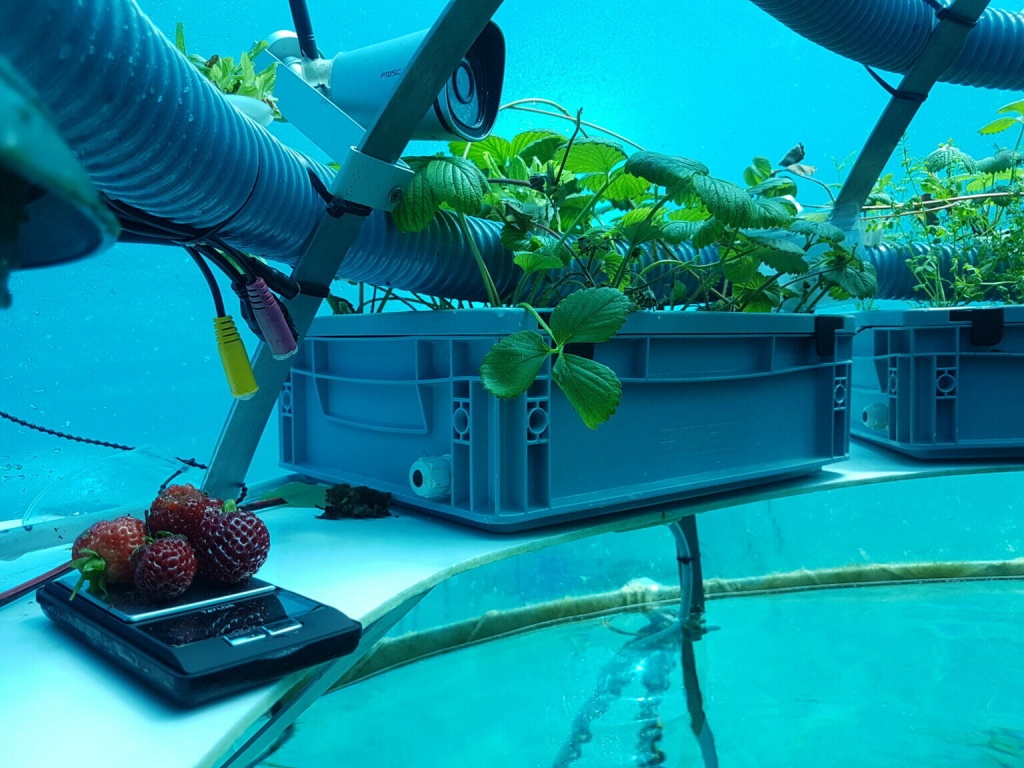 To date, more than 100 plant species have taken root in this sunken garden, from medicinal and aromatic herbs to foodstuffs like lettuce, beans, and strawberries. But there are always limitations: it doesn't make sense to grow trees or grains here, for example, so it's something that had to be abandoned from the start. And, as opposed to gardens at altitude, the depths of the ocean enhance rather than weaken the flavor. Taking basil as an example, its flavor is much more concentrated.

Visible from the waterfront (and even faintly visible on Google Maps), the project has even become a tourist attraction. The owners don't restrict anyone from visiting, only ask that people stay out of the biosphere. Although the local dive center provides gear for rent and a guide, the site is close enough to shore for swimmers, kayakers, and kayakers to get there. 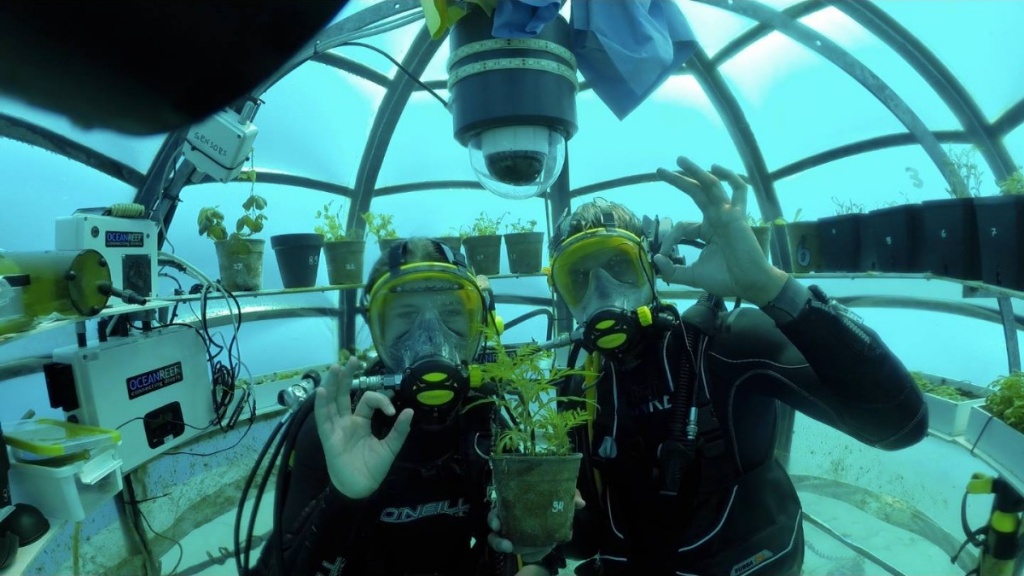 Founder Gamberini says they have no plans to expand the underwater facility in Noli, but now that the concept has proven successful, they have begun exporting the patented technology to other sites. Biospheres have already been installed in Belgium and the Florida Keys, and other sites are in the pipeline. In theory, the project greatly increases the percentage of the globe's surface that can be used to grow crops, especially in countries where environmental conditions make it difficult to grow plants.

Having started small, the members of the Nemo Garden Project now dream of bigger things. Their ultimate goal is to reach the point where they can reduce the cost of their produce as much as possible. Alas, the price for basil will never be comparable to what a customer would pay in a supermarket. At the same time, this kind of crop farming is much less harmful to the environment. 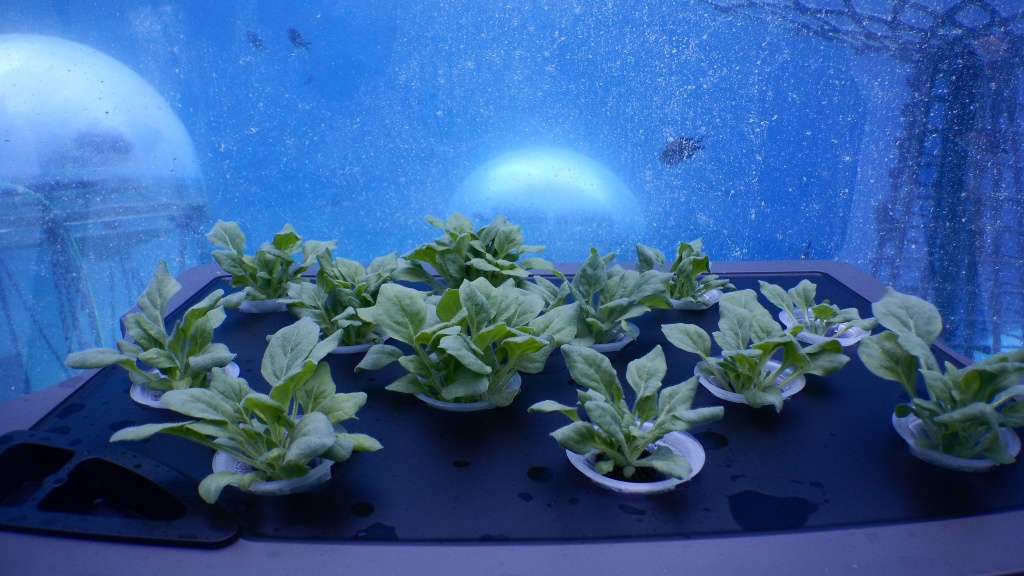