Autumn is apple time, Agrovent is preparing for the PRO apple exhibition, so from article to article we keep talking and writing about apples...

Our country is rich in apple harvests, and the main question is what to do with this great wealth? One answer is cider production, which is now gaining popularity around the world. This is one unconventional way to differentiate your apple business.

There are countries with a traditional cider history. Parts of Spain, France and England already have an entrenched cider culture and huge orchards that grow special varieties of apples. For example, in the southwest of Britain is an ideal climate for growing apples (by the way, not much different from the Russian midlands), and apple growers use the growing world cider market, producing about 60% of cider apples in Europe.

In Russia, until recently, the word "cider" caused frustration and required explanation, and in the stores could find at most 3-4 names of cider imported from Europe. Now it is produced by dozens of domestic enterprises, there are already well-known brands and distinctive styles. Apple beverage continues to show significant growth (2018 +33%, 2019 +23%, 2020 +31%). 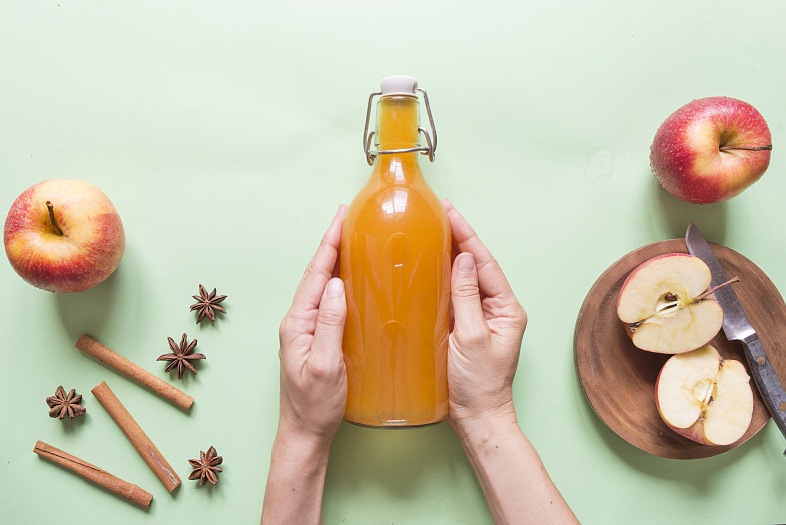 Like most industries, apple growing has been hit by the pandemic, and especially by rising labor costs. The cost of starting an orchard is not for the faint of heart either - to drain and plant an acre-sized plot will require a considerable investment, plus the costs over the next three years.

Gardeners who fertilize are often rewarded with good harvests, so don't forget about this expense item, too. Nitrogen, potassium and magnesium are applied sparingly and frequently to maximize uptake and minimize leaching. The more promising the crop looks during the summer, the more fertilizer is applied.

Yields depend on the variety, just like any other major crop. Currently, commercial growers grow about 20 varieties that use different harvest times for each variety to spread out fruit production over time. The harvest season usually begins in early September, and some varieties bear fruit until mid-December.

As for the choice of variety - the best for making cider are considered late, but this is not an axiom - some early varieties are also acceptable. The best varieties are not sweet apples, but with a pronounced acidity and tannins, which make the cider slightly tart. Each producer has his own secret varieties for making apple hop drink, some prefer antonovka, while others prefer granny smith, raincoat or jonathan. Many also mix different varieties to get the perfect flavor. 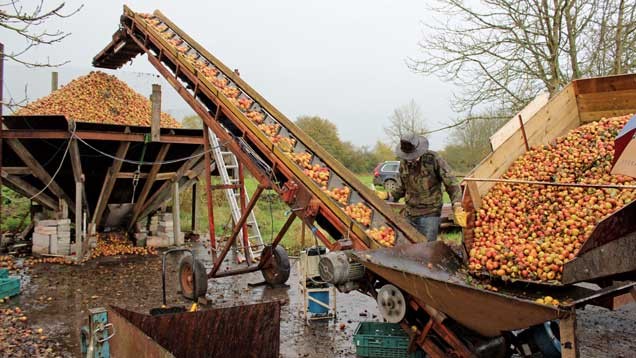 Small farmers use handheld machines for harvesting, but most large producers use self-propelled harvesters. It's not cheap, but it's long-lasting. They are attached to a garden-type tractor and make their way up to 90 tons/day. The front brushes, mounted on levers, sweep the fruit out of the tractor's path. The mounted sweeper then extends its "arm" to grab the crop along and between the trees, with lightly inflated tires protecting the metal structure from damage. The picker feeds the crop to an elevator located on the rear axle with drive and control. It delivers the apples on a hedgehog belt to a 710mm blower which cleans the grass, leaves and debris before dumping them into the high-sided trailer. All functions are controlled through an electric control box in the cab.