Traditional orchards are gradually disappearing and are being replaced by smaller trees, which are planted by several thousand per hectare. Such trees usually have a weak growing stem (which results in poor tree growth and early fruiting).

Apples are grown mostly in temperate climates. After harvest, trees lose their leaves and hibernate. In this state, they are protected from low temperatures. However, once the trees bloom, frost can completely destroy the crop.

Ripening is characterized by an increase in respiratory activity and ethylene production, elasticity decreases, green turns to yellow, starch turns to sugar, acid content decreases, and aromatic substances are formed. These changes are a measure of the ripeness of the fruit. For storage, it is very important that the apples are picked at the right time. 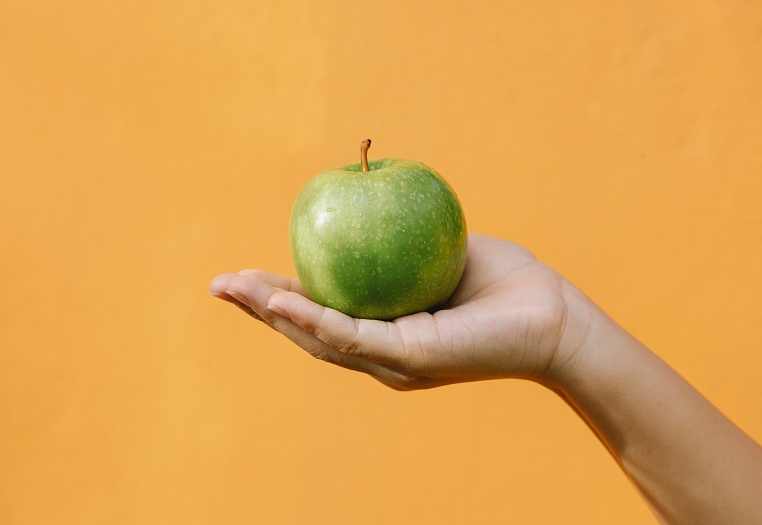 Pre-cooling means that the harvested product is cooled to the optimum storage temperature after harvesting, and in a short time. This step is not always necessary for apples, as cooling is included in the additional processing before storage in the final storage. However, there are situations where pre-cooling is desirable. For example, when the temperatures at which the apples are harvested are so high that they need to be cooled quickly. The second situation concerns apple orchards that are far away from storage facilities. In this case, precooling is essential.

Apples are usually stored in stackable crates. These crates, which can contain approximately 350 kg of fruit, are made of wood or plastic. Plastic has some advantages over wood: it does not absorb water and is not a breeding ground for fungi.

So, if the previous stages are passed correctly, the fresh apples are at the peak of their quality. From this point on, it is the job of every grower to preserve that quality, not degrade it.

Apples are mostly stored in conventional refrigerated chambers and CA chambers. The fruit stays in good condition at temperatures between 0 and 5 degrees Celsius and relative humidity of 90-95%.

What is CA storage?

CA storage is the practice of storing fruits and vegetables under precisely controlled temperature, humidity, and atmospheric conditions controlled through optimal levels of oxygen, carbon dioxide, and nitrogen.

By lowering the temperature and oxygen levels in the storage room, you can reduce the breathing rate of the fruit and slow down the ripening process. Carbon dioxide, nitrogen and humidity levels are also controlled in the chambers. Because of the metabolic activity of the breathing fruit and the leakage of gases through the walls and doors, the levels of certain gases are constantly changing. Therefore, the optimal level of gases is periodically monitored and regulated in the storage room according to predetermined conditions.

Storage in CA can be a valuable investment in your farm for several reasons:


There is some evidence that as early as the second century B.C., ancient Egyptians and Samaritans stored some of their crops in sealed limestone vaults to extend their shelf life.

The concept of controlled-atmosphere storage is not entirely new - food storage in a modified atmosphere began as early as the 1800s, when growers exported apples from New York to Europe in wooden barrels. The barrels were densely filled with apples, sealed and placed in the holds of old sailing ships for the voyage overseas. Months later, the apples were delivered bouncy and crispy.

Atmosphere controlled storage is a complex technology that controls not only the temperature at which apples are stored, but also the atmosphere. Controlled-atmosphere apple storage technology was pioneered in the United States by Dr. Robert Smoak of Cornell University, who began his work in the 1930s. In CA storage, apples are sealed in an environment containing about 2% oxygen, where temperature, humidity, nitrogen and carbon dioxide are carefully controlled. Apples "breathe," and the deeper they breathe, the longer they live. Storing in a controlled atmosphere slows their breathing, which consequently slows their ripening. Storing in a controlled atmosphere artificially makes the room ideal for the apples' long winter sleep. Conventional cold storage is good, but controlled-atmosphere storage is better.

You can read more about CA here.

And if you want to increase the shelf life of the product, preserve the nutritional properties and marketable appearance of your apples for several months - you definitely need a fruit storage facility! Call +74952293903, write info@agrovent.com. Or contact our specialist via messenger using the form in the lower right corner of the screen.