108
Some time ago, we talked about the peculiarities of the development of agriculture in Africa, and now we decided to touch on the topic of growing such a close and dear root crop for us - potatoes.

Potatoes began to be grown in Africa relatively late, around the end of the 19th century. Since that time, the volume and scale of potato production has been constantly growing and increased from 2 million tons (figures of the 60s) to 25 million tons of the product (data of 2018), but these volumes are not enough.

Potatoes are grown in different ways - produced in large agricultural industries in Egypt and South Africa, cultivated in the tropical highlands of East and Central Africa, where potatoes are the main crop for small-scale farming. 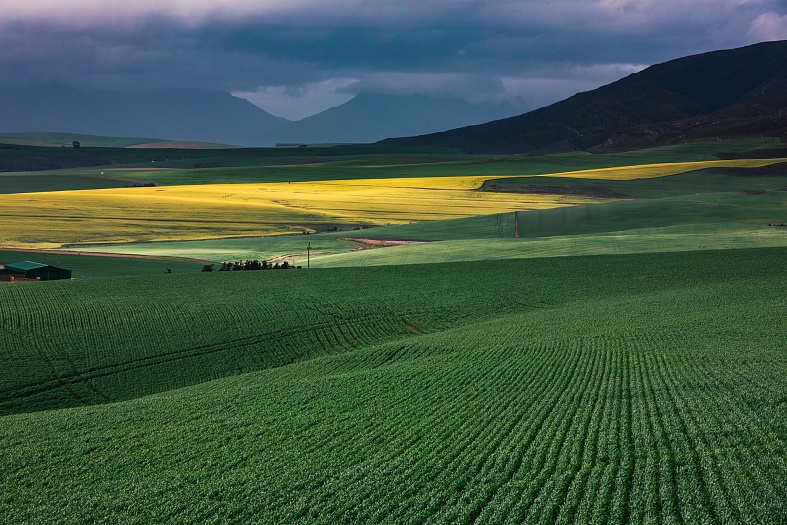 Kenya has applied for a CHF 656 million (about US $ 6 million) grant from the International Fund for Agricultural Development (IFAD) to begin research on potato seed production to reduce dependence on imported products. This fund will be used to increase the number of certified seeds in the country and reduce imports of tubers that have been the culprit for foreign pests in the country in the past.

Kenya currently imports potato seeds for production from the Netherlands, as the country still does not produce enough products to meet the demand of farmers on its own. Kenya's potato seed demand is 30,000 tonnes a year, but the country only produces 6,700 tonnes, with most farmers recycle the previous season's crop to use it as seed, a move blamed for the seed shortage the country is facing ...

Mainly in the regions the cultivated potato variety - Velor. To a lesser extent, Mondial, Lanorma and Georgina are grown. Thus, according to the CEO of AL3, by growing several experimental varieties for the area, their effectiveness can be tested.

How to ensure high yields? In Africa, they believe that the soil should be protected and given a rest between crops. This is the key to a successful potato harvest.

There is a slight advantage to the hot and dry climate in Limpopo - diseases do not stay here for long. However, every living organism has a difficult time - the struggle for life to death. Farmers have come up with 2 methods of helping live plants: fighting harmful bacteria and planting cover crops. In order not to overload the soil, 2 sowing cycles are used: a 3-year-old (either potatoes or sorghum) and a 5-year one (potatoes, onions, nutmeg and sorghum are planted alternately).

The structure of the 3-year cycle is as follows: first, potatoes are planted, and then sorghum. Then again the turn of the potatoes. There is an interesting nuance here - sorghum remains in the ground and serves as a cover crop, in addition, it is inexpensive and completely unpretentious. Planting is carried out in a proportion of 10 kg / ha in the soil already fertilized with nutrients (thanks to the previous harvest). Sorghum must be watered exactly until it begins to grow. Then it develops on its own, the farmer only needs to cut it from time to time to form a layer of mulch. It is he who helps to retain moisture in the soil, prevents weeds from spreading and protects the soil from the harmful effects of the sun. This method does not require (or minimizes) the use of additional fertilizers.

In a 5-year cycle, potatoes are planted in the first year, the soil rests in the second year, and onions or nuts in the third year. Then again sorghum, and then again potatoes - long live the new cycle. In some locality, nutmeg grows better, somewhere - onions, it is on this that the choice of a particular culture for planting depends.
Each year the onion harvest is approximately 20 thousand tons, depending on the area. The nut yield is slightly lower - 7 thousand tons per year, but the company sets global goals - to finish the harvest up to 30 tons / ha. 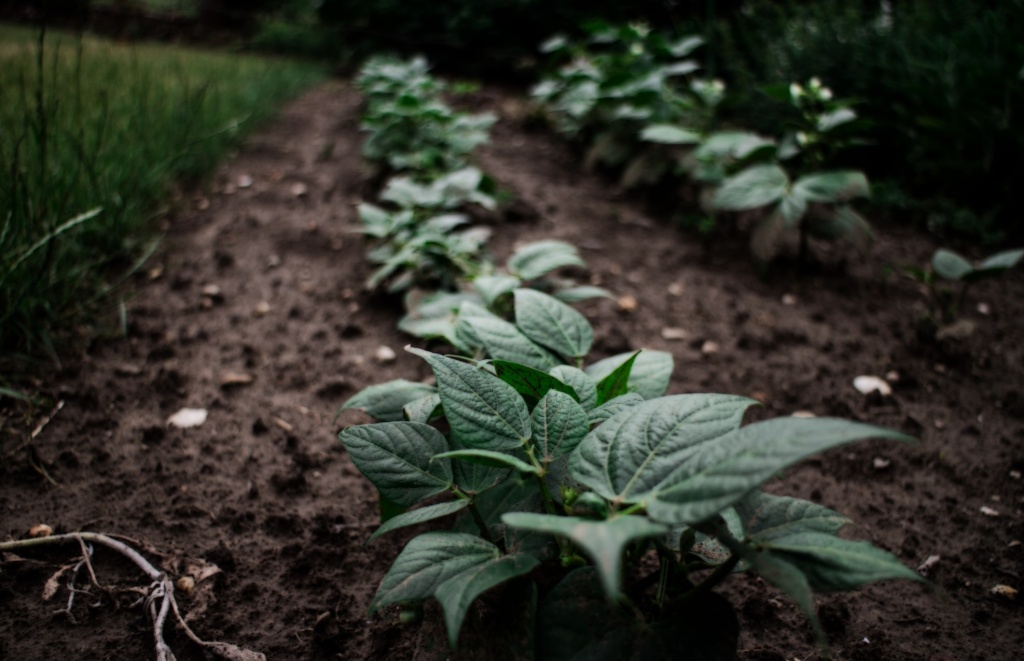 AL3 uses minimal tillage to prevent deterioration of the soil structure. Grass and sorghum are cut on the ground with a disc, after which the ground is dug up. Calcite lime is laid in the soil 3 years before potato planting, and compost 3 months before. There is no need to add dolomite lime, since the soil is already quite high in magnesium.

The farm decided to take over the compost production as well. For this, cattle manure, wood chips, grass and sorghum are taken. Whole onions are added to speed up the composting process. Temperatures are measured every week, and as soon as it reaches 80 ° C, the compost is cooled by irrigation or turning. These high temperatures can kill all the beneficial bacteria you need. When the temperature drops to 45 ° C, the compost is ready.

When planted in the ground, potassium sulfate and monoammonium phosphate are added. This is not required in Limpopo, they do not use any chemicals at all. In addition, soil moisture is extremely important before planting. It must be checked according to a special five-factor system and, if necessary, irrigated.

Crops are left alone for about a month, only then watered. As soon as the first shoots appear, fertilizers are used. Every 2 weeks, a leaf analysis is carried out in order to establish the required amount of further fertilization.

Weak plants are always more susceptible to attack by pests or diseases, so prophylactic agents are sprayed on the farm. Compost and cover crops perform well and help keep plants healthy. It is better to avoid harmful poisons, use them only when absolutely necessary. In this way, it even turns out to increase the shelf life of products after harvest.

Most likely, everyone understands that one of the main problems in Africa is the lack of water. During the year, only about 350 mm of precipitation falls, and you need to be very careful with them, trying to keep them as long as possible. The AL3 uses center pivots, some of which have been converted to draglines. They help to reduce water and electricity costs and also contribute to less water evaporation. 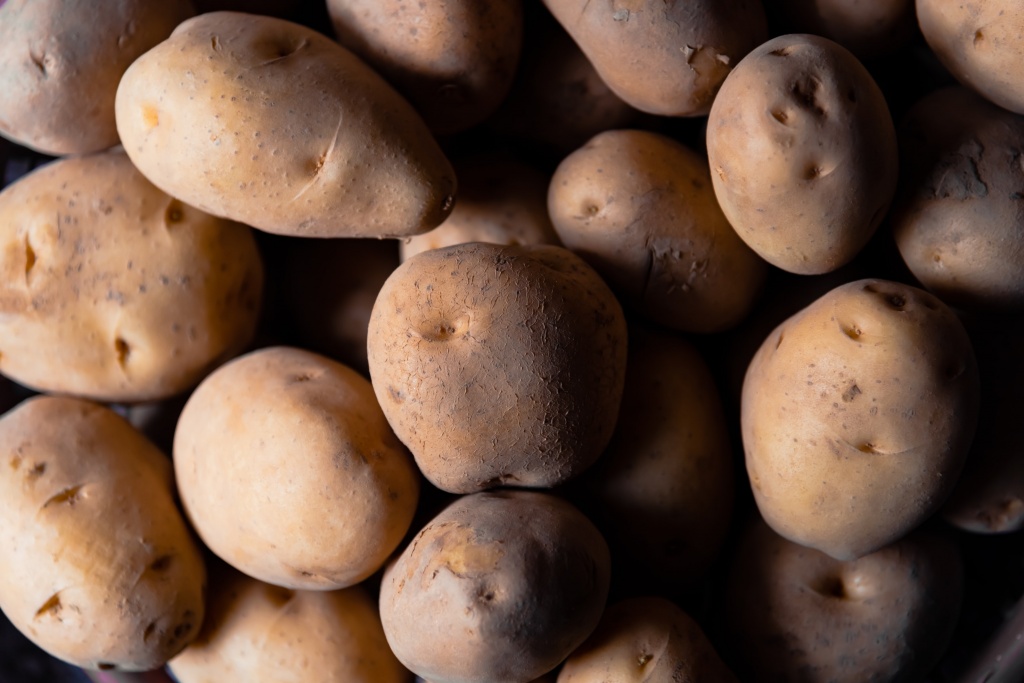 What do you think determines 90% of a farmer's success? AL3 are confident that there is only one correct answer to this question - seed quality. When buying, the farmer bears great risks - the seeds may be old or immature. And in African conditions, it is simply vital to adhere to the planting program, so it is better to completely eliminate all risks. That is why the company does not trust anyone with such an important mission and grows seeds on its own. Thus, you can completely control the quality and not waste time. As soon as the planting time comes, the seeds go straight to the farm.